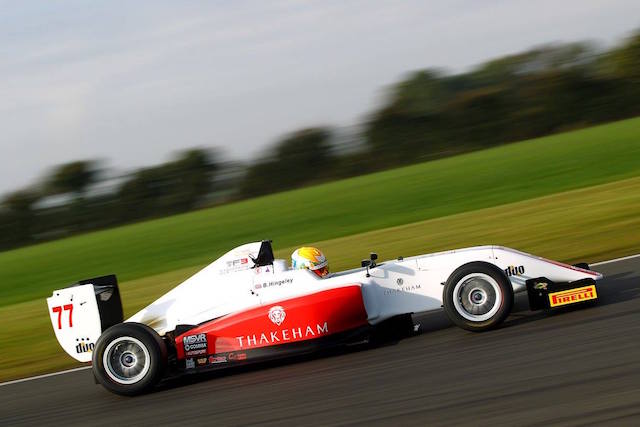 Hingeley moved over to Fortec from HHC Motorsport for the Autumn Trophy event at Snetterton in October.

After winning the 2015 Formula Jedi title, the 19-year-old Welshman claimed two podiums and a pole position near the end of his rookie BRDC British F3 campaign on his way to 10th in the standings.

Team manager Russell Dixon said: “We watched him progress in 2016 and he was at the top of our driver ‘shopping list’ for 2017.

“He showed fantastic pace during winter testing and the British F3 Autumn trophy so, with continued hard work, we expect him to be a championship contender.”

Dixon commented: “Initially he did a one-off test at Anglesea in June, but was so impressed with the car?s performance he did three more days with us.

“During these tests his confidence grew and showed rapid progress.

“I’m confident that by the time we have completed all of the pre-season testing he will be very competitive during 2017 and be podium-hunting.”