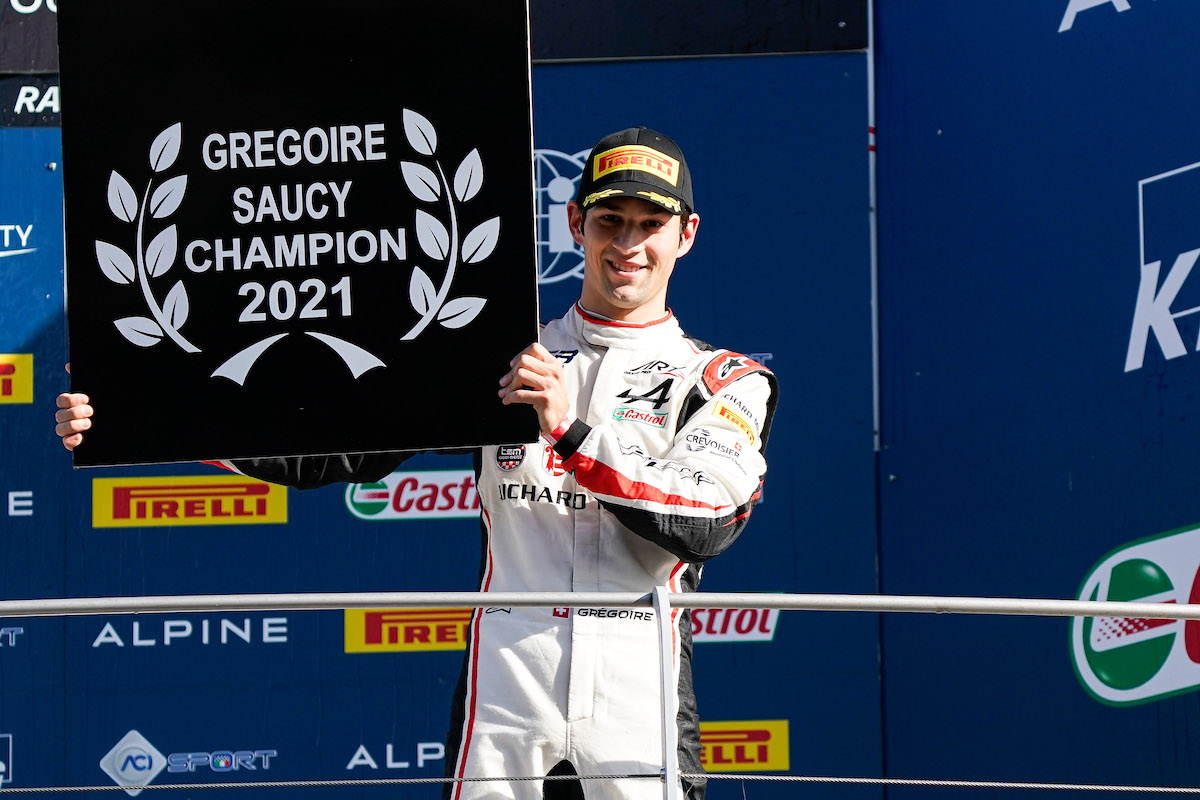 Formula Regional European champion Gregoire Saucy has secured a move up to the FIA Formula 3 Championship with ART Grand Prix for 2022.

Saucy has raced for ART for the past two seasons, finishing seventh in the 2020 Formula Renault Eurocup before dominating the merged Formula Regional European Championship by Alpine this year, winning eight races and sealing the title with three races to spare.

Earlier this week he recorded the fastest time in his debut F3 test with ART in the post-season running at Valencia.

“I am honoured and happy to continue the adventure with such a fantastic team like ART Grand Prix,” said Saucy.

“This is a continuation after our great year 2021. I know the team and how it works, and this will be a very valuable asset to prepare next season. I would like to thank my sponsors for this opportunity.

“The Valencia test went very well, even though I had a lot of new parameters to work through. Having said that, it’s way too early to set any goals for myself as I still have so much to learn.”

Saucy, who turns 22 at the end of this year, started his single-seater career in the V de V Challenge in 2016 and made his Eurocup debut at the start of the following season before funding constraints led him to Formula 4.

“After two years of a fruitful collaboration, concluded by securing the first title in the history of the Formula Regional European Championship by Alpine in 2021, ART Grand Prix was very keen to take another step forward with Greg,” said team boss Sebastien Philippe.

“He showed the full extent of his talent and maturity in 2021 and in addition to this, we have come to know and appreciate each other both personally and sportingly. I am delighted and eager to write this new chapter in our collaboration.”

Saucy is the first driver to be announced for the 2022 FIA F3 grid. During the Valencia ART also ran Victor Martins, Juan Manuel Correa and Oliver Rasmussen for two days each.