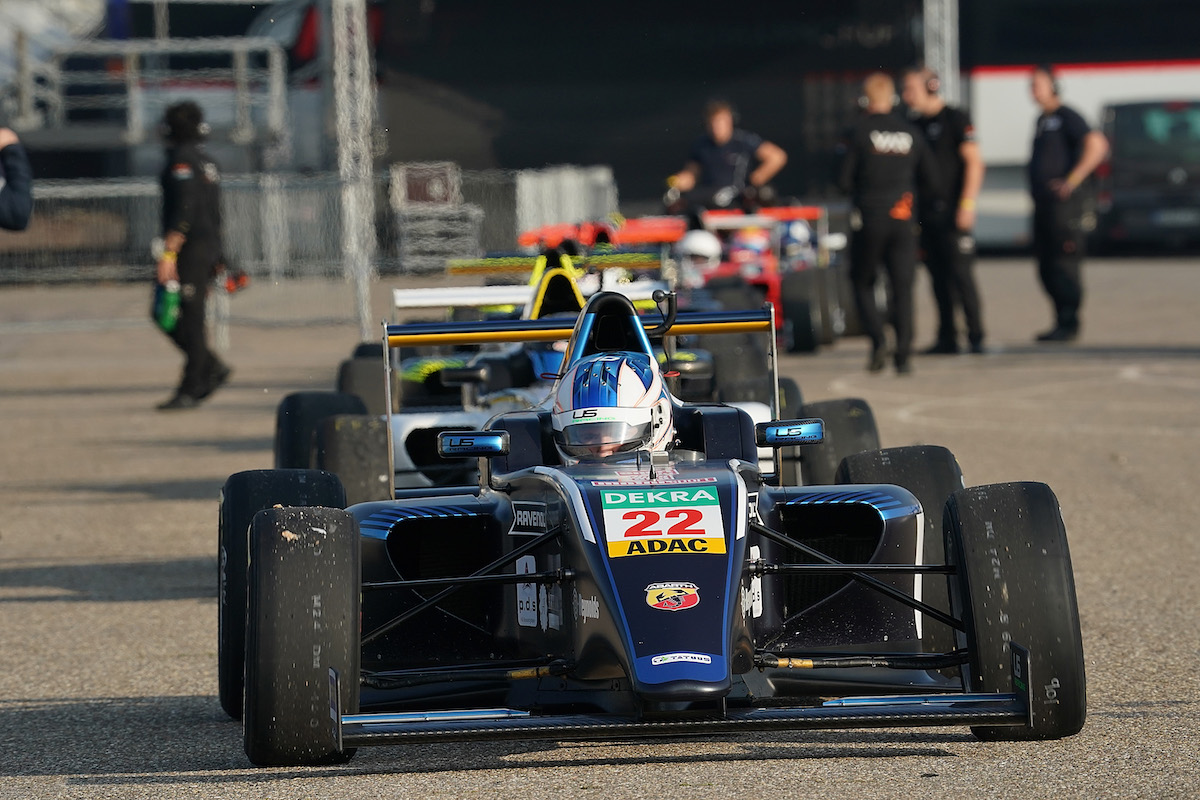 Alex Dunne maintained his recent pace by setting fastest time for US Racing in ADAC Formula 4 practice at the Nurburgring.

The Irish teenager, who took two poles at the most recent round at Hockenheim, posted a time on his final lap 0.17 seconds faster than championship leader, Ollie Bearman, from Van Amersfoort Racing.

With the lack of daylight hours limiting competitors to a single 30-minute practice session for the season-ending event, the teams were quickly out on track despite the cold morning temperatures and wet track.

With red flags interrupting the session for a second time, the fastest times were set in the final four minutes once green flag running resumed.

Bearman jumped to second on his final lap, with Victor Bernier setting the third-fastest time for R-ace GP.

Browning was unable to match his earlier pace, finishing fourth, ahead of Joshua Dufek (VAR). Browning, along with Nikita Bedrin, are, however, being investigated for red flag infringements.

Tramnitz, who is seeking to overturn a 23-point deficit to Bearman in the championship, was one of the few drivers not to improve as the track dried and had to settle for seventh.

The field has been swelled by entries for four series debutants, as well as the reappearance of BWR Motorsport for the first time since Hockenheim in September.

BWR’s regular driver Taylor Barnard recorded the sixth-fastest time, 1.19s down on Dunne. A second car entered for the event for Alfio Andrea Spina – who came 13th in the CIK-FIA European karting championship in the OK class this year after claiming WSK titles at junior level in 2020 – did not make an appearance in the session.

VAR brought additional cars for Marcos Flack, 11th in this year’s British F4 championship, and Robert de Haan, who made his F4 debut for the team at Monza last weekend. De Haan set an impressive time to finish the session as second-fastest rookie and in ninth place overall.

Singaporean karter Nikhil Bohra replaced Levente Revesz in the fourth R-ace GP entry and was 15th and last of the runners, 5.2s adrift of Dunne.