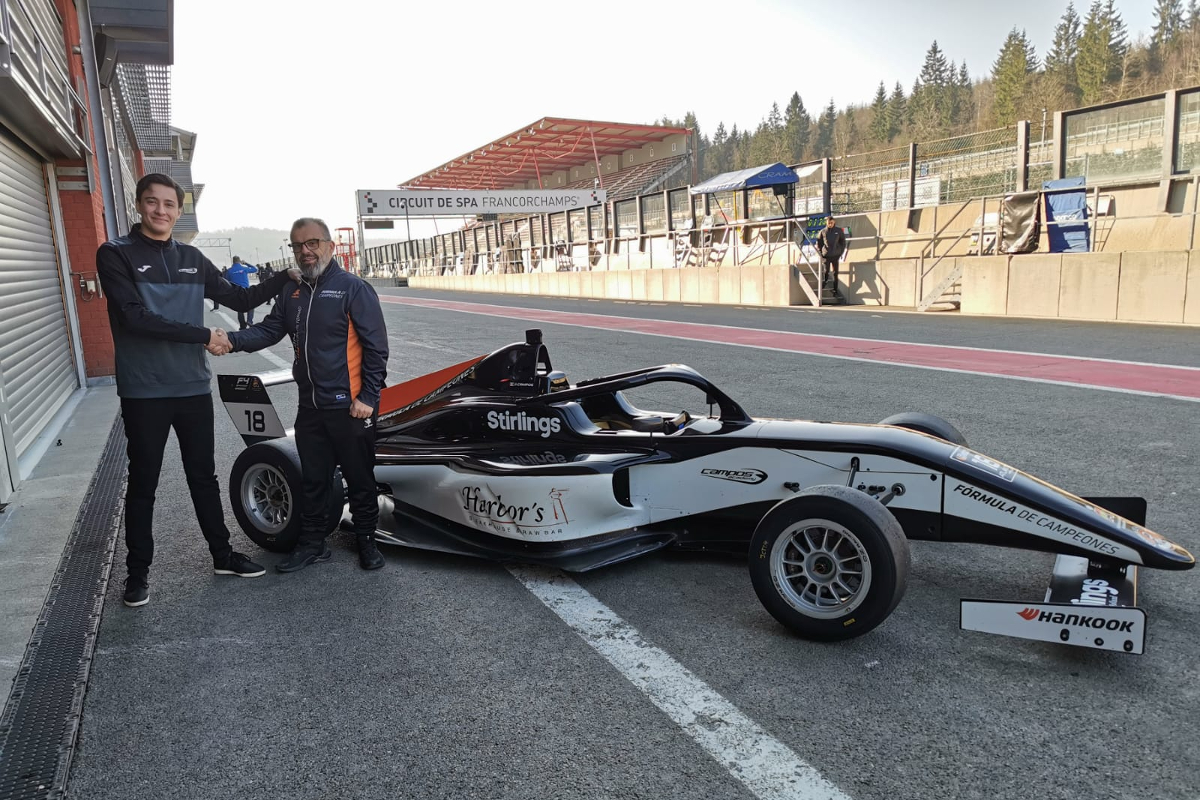 Jorge Campos will move from Teo Martin Motorsport to Formula de Campeones for his second season in Spanish Formula 4.

The 18-year-old graduated from Mexico’s karting scene last year, with the highlight of his rookie Spanish F4 campaign being a ninth place at Valencia’s Ricardo Tormo circuit where the Formula de Campeones team he now joins is based.

Two points finishes through the year for Campos, who is of no relation to the eponymous family that runs Campos Racing but its part of its driver development programme, put him 22nd in the championship standings.

“I am very excited to start this season with a team as full of hunger and desire to do things well as Formula de Campeones,” said Campos.

“Along with the constant training I receive at the Campos Academy and this team, I know that we can all play an important role in the championship together, and why not win it.”

Formula de Campeones’ team director Marco Rodriguez added: “He is a very talented driver who has a little experience that is very useful in these championships for the promotion of young talents.

“The arrival of the driver is part of the agreement with Campos Racing so that the driver that is part of your training programme, have the opportunity to complete your sports programme in Formula de Campeones.”

Campos’s team-mates will be Alvaro Garcia and Max Mayer, who both earned their seats through Ricardo Tormo’s annual shootout. All three drivers have recently been testing at Spa-Francorchamps, which is one of two international rounds this year.