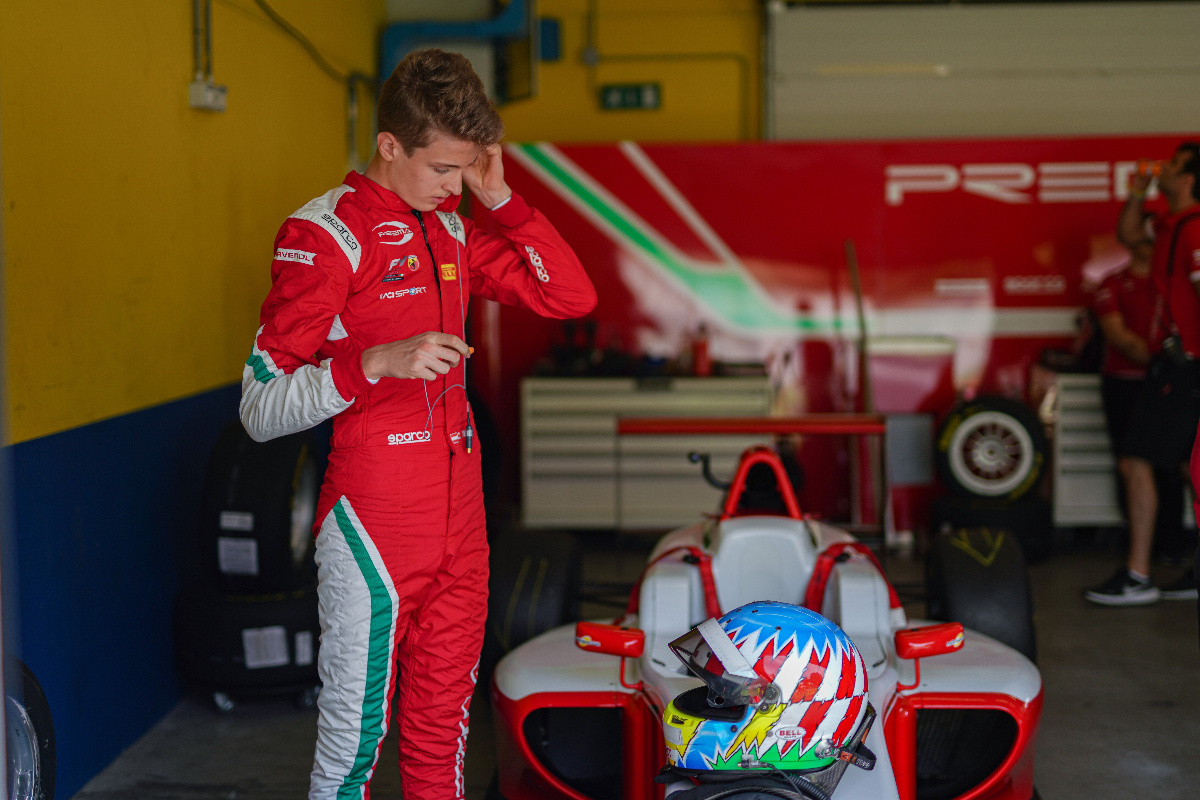 Charlie Wurz will stay with Prema to race in Italian Formula 4 this year after starting 2022 by winning the F4 United Arab Emirates title with the team.

The 16-year-old, son of former Formula 1 racer and two-time Le Mans 24 Hours winner Alex Wurz, began his single-seater career with two appearances in the Italian F4 championship in 2021 and immediately fought for podiums with Prema.

Scoring points in three of his six races put him 20th in the standings, and he stayed on at Prema for the Abu Dhabi Grand Prix’s F4 support race that marked the first time one of the category’s Gen2 cars had been raced. Wurz ended up as winner.

F4 UAE was the first championship to use the new Tatuus T-421, and Wurz continued his form by winning two taces, claiming three poles and the overall title. The new chassis will now be introduced to the European championships.

“I’m thrilled to continue racing with Prema in the 2022 Italian F4 championship,” said Wurz. “We’ve had a good start of the year, so I look forward to getting back underway in two-months time.”

Wurz will do a full Italian campaign and make select appearances in other series that will be bringing in the T-421. His team-mates will be Ferrari juniors Rafael Camara and James Wharton, Mercedes-AMG junior Andrea Kimi Antonelli and Conrad Laursen.

“We are delighted to continue our work with Charlie as really enjoyed seeing him take his very first steps in motorsports last year,” Prema’s team principal Angelo Rosin said.

“Helping young and talented drivers to improve and move forward is our mission, and Charlie clearly fits the bill, having showed that he has plenty of potential to be developed.”

It’s not just his father who Wurz follows with his motorsport career so far, as his grandfather was a two-time overall European Rallycross champion.

Rallycross was where the latest racing Wurz started out in car racing, coming fourth in the Austrian championship’s N1600 class in 2021. He also got his first experience of sportscars in Porsche Sprint Challenge Central Europe, coming first and third in the GT4 class in his two races at the Hungaroring – the latter being the ‘100 Miles of Hungary’.

That was followed up by contesting half of the equivalent Middle East series’ 2021-22 season and coming sixth in the GT4 standings by winning three races out of four including both of the 2021 Saudi Arabian Grand Prix support races in Jeddah.