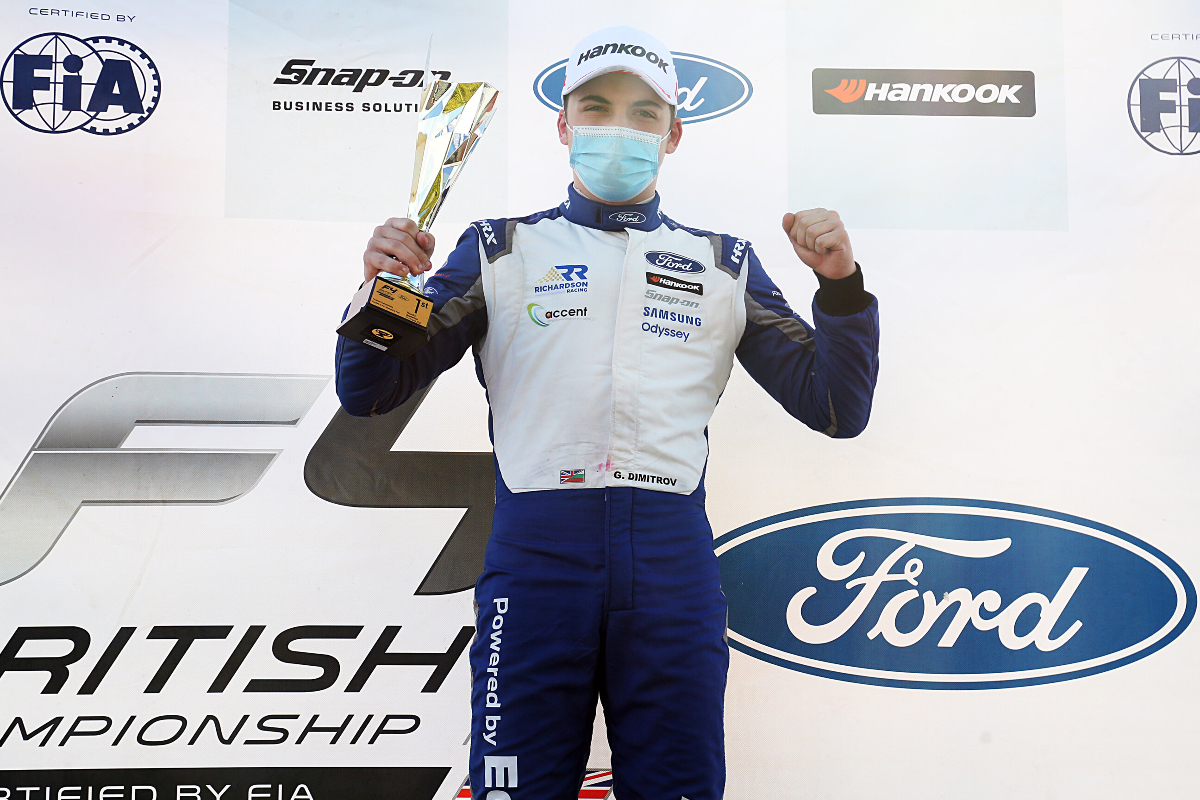 Georgi Dimitrov has elected to sign with JHR Developments for his second season in British Formula 4.

Despite winning three races as a rookie last year, Dimitrov only came 16th in the standings as he only contested a part-time campaign which started with Richardson Racing and ended with Arden.

It was the British-Bulgarian’s second year in car racing, having finished fourth in Ginetta Junior in 2020 with four race wins.

“Following JHR’s results from last year and in previous years, they have a lot of experience in British F4, even with the new car,” said Dimitrov. “I think they’re going to offer a great package for this year and I’m excited to go ahead with the team.

“The new car is much more different, especially with the Pirelli tyre, and lighter than last year. There’s more aero, more downforce, so you can push it harder, and it’s more to my style and liking.

“I can’t wait to get racing and see how it performs around other cars and to see how closely we can race. I’m sure we will have great battles with other drivers.

“I know how to win races from F4, Ginetta, and karting, so I know what it’s like to be on the top step. I can’t wait to get started with JHR and hope I can deliver more wins and trophies for them.”

Dimitrov joins Australian karter Noah Lisle and one other driver at JHR, with the third signing to be announced this Wednesday.

JHR’s team principal Steve Hunter said: “We are really happy that Georgi will be joining us this season in the British F4 championship. He is a proven race winner and at this level that is not an easy thing, especially as he switched teams during the season.

“We are looking forward to getting to work with him and helping him develop this year. He knows how to run at the front of the field, be that in F4 or previous series, and no doubt given the chance again this season he will continue to thrive.”