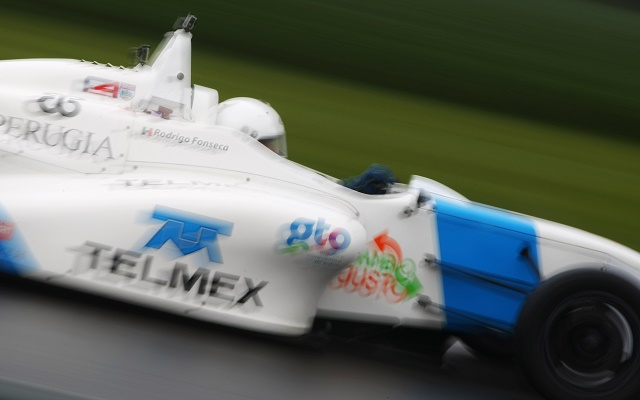 Fonseca battled it out for the top spot with Connor Jupp before the Mectech racer went off in the gravel, causing a red flag.

The Mexican, who was ahead when the session was halted, was subsequently not troubled in first until the checkered flag came out.

Despite going off, Jupp maintained second – but will start the first race fifth with a three-place grid penalty.

Championship frontrunners Will Palmer and Gaetano di Mauro were initially fighting for best of the rest, but neither of them will get to inherit a front row spot, as they were both jumped by Enzo Bortoleto at the last second.

As such, Bortoleto, who hasn’t finished higher than sixth in the series thus far, will get his best shot at a good result yet, starting from P2.

Palmer will line up in third, ahead of di Mauro, while Fernando Urrutia will join Jupp on row three.