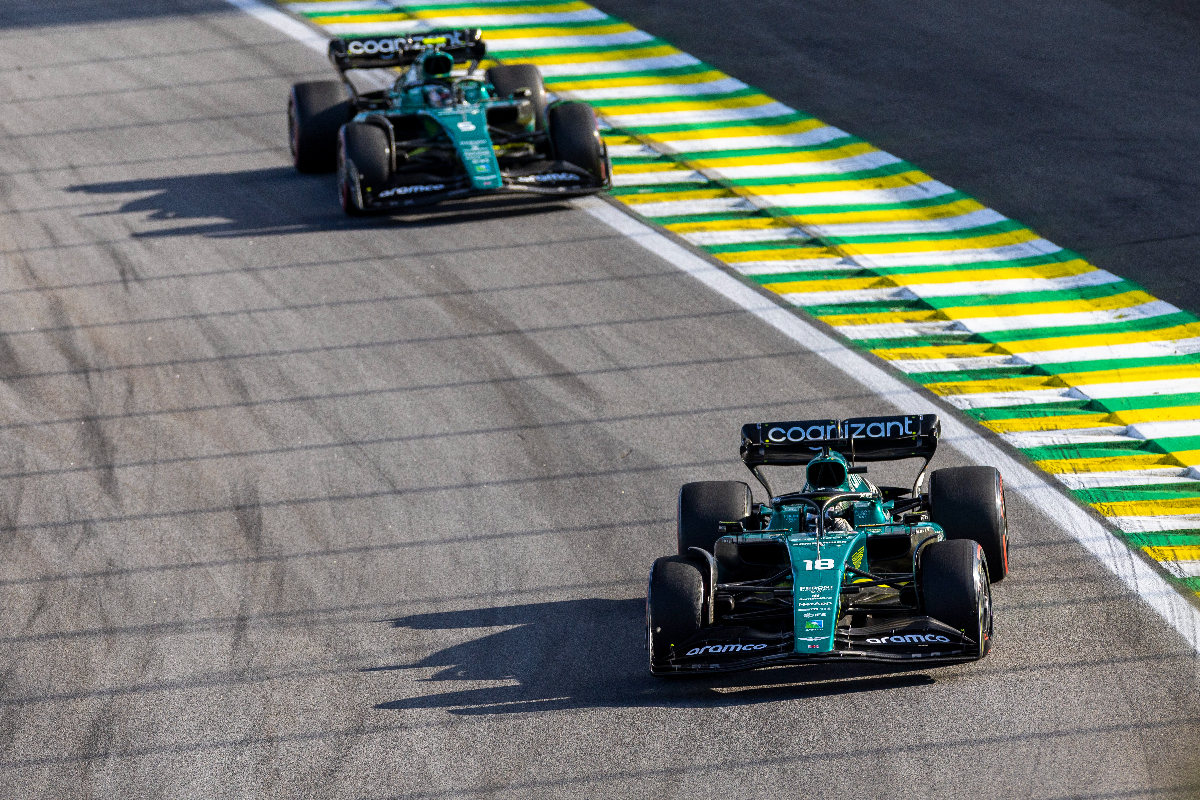 Aston Martin has a history of backing drivers racing in sportscars, but with a sparse single-seater history it had no need to keep an eye on junior single-seaters until its F1 return in 2021. Now it has its own junior team

On September 12 2022, Aston Martin announced newly crowned Formula 2 champion Felipe Drugovich as the first signing to its new young driver development programme. This was, at the same time, the launch of the programme itself.

The British brand raced in Formula 1 in 1959 and 1960, with two sixth places the standout results, then 61 years later Lawrence Stroll – leader of the consortium that owned Racing Point – rebranded his F1 team to become Aston Martin.

Drugovich will be entered in several free practice sessions over the season, and Aston Martin is willing for him to stay race-sharp in another top-level series – although there are limited options available when it comes to vacant seats in such series.

Having won titles in Formula 3 and F2, Drugovich’s reward shouldn’t really have been becoming an F1 junior as he has nothing left to prove underneath single-seaters’ top level. But signing junior racing’s standout driver is a strong indicator that Aston Martin is looking for top talents to put in its new programme.

Her’s five names the Formula Scout team came up with as possible candidates to join Aston Martin, and why the team would consider them:

Tsolov was possibly the most exciting single-seater rookie of 2022 as he cantered to the Spanish Formula 4 title with Campos Racing. His car through that campaign was painted a similar shade of blue to that of the Alpine F1 team.

The reason for that is two-fold. Last March, Tsolov was signed to A14 Management, a driver management company that had just been launched by Alonso and established driver manager Albert Resclosa, and Alonso was driving for Alpine at the time.

Less than a week after that, Tsolov then became an affiliate of the Alpine Academy. The team does not give full F1 junior status to any driver below F3, and as Tsolov is stepping up to the category with ART Grand Prix this year he would be eligible.

However given the close association with his big-name manager – he also raced in the colours of Alonso’s FA Racing team in 2021 in an impressive rookie season of senior karting where he was fourth and fifth in the European and World championships respectively – it might make more sense for Tsolov to follow him to Aston Martin where he could be front of the junior queue.

Aston Martin has been the award’s title sponsor since 2019, and offers the prize of a test in one of its F1 cars to the winner. Contested annually since 1989, the award is organised by the British Racing Drivers’ Club and Autosport magazine and is open to British drivers in junior single-seaters between a certain age and experience range. After the public nominate eligible drivers, a panel then decides on a group of finalist who contest a shootout at Silverstone where they are evaluated on their off-track abilities and performances in a range of cars: usually a prototype sportscar, a single-seater and a DTM car.

Last year’s winner was reigning GB3 champion Browning, and the 20-year-old is yet to announce where will race in 2023. His racecraft and one-lap pace are strong, but his budget is not the best and some further Aston Martin support could help land him a race seat for this year.

He is also among the brightest-shining Britons on the single-seater ladder who is currently without F1 affiliation.

Based across the road from Aston Martin at Silverstone is Hitech GP, which ran Browning to the GB3 title and Dunne to last year’s British F4 title. The latter’s staying with the team as he seeks to emulate Browning in becoming champion of both series.

Dunne is a former junior of Super Formula team KCMG, and raced part-time in ADAC and Spanish F4 in 2021 in his rookie car racing campaign. Pole on debut demonstrated his potential, and he picked up two more later in the year, but there were no wins to his name by the year’s end.

However it all proved useful learning and Dunne came into 2022 with three campaigns that would have all been full-time were it not for a date clash.

In the United Arab Emirates and Britain he raced with Hitech, winning twice and coming sixth in the F4 UAE standings and then dominating British F4 with 11 victories. At the same time he competed in Italian F4 with US Racing, and three wins propelled him to the championship runner-up spot there.

Dunne’s warming up for GB3 by competing in several Formula Regional Middle East rounds, meaning there will be an even greater chance of someone at Hitech bumping into someone at Aston Martin on their lunch break and mentioning his name.

Long before it was known as Racing Point or Aston Martin, Silverstone’s most famous team started life as Jordan. Named after team boss Eddie Jordan, it raced in F3 and Formula 3000 in the 1980s and ’90s before entering F1 in 1991.

One of its longest-serving drivers was Rubens Barrichello, who made his F1 debut with the team in 1993. He would go on to take the team’s first podium and pole in his sophomore campaign, as well as survive a horror crash at Imola, and spend four seasons there before joining the Milton Keynes-based Stewart team which would later become Red Bull Racing.

Eduardo ‘Dudu’ Barrichello is his son. The 21-year-old was USF2000 runner-up in 2020, and spent the last two years in FRegional Europe with midfield teams. Whether he has truly shown his potential at that level is hard to tell, and his career may head back across the Atlantic as he still occasionally races on karts and also in Stock Car Brasil.

But his links to Aston Martin go further than his father’s own racing career, as Barrichello is sponsored by Brazilian investment firm XP. It joined Aston Martin as a prominent team partner last November, with more Brazilian sponsors potentially to follow, and said supporting “young Brazilian drivers is one of our highest priorities for this partnership”.

Aston Martin said much the same, strongly indicating Drugovich will at one point not be the team’s only Brazilian junior.

Barrichello is also backed by the South American vision of Toyota Gazoo Racing, an automotive brand that has collaborated with Aston Martin in the past.

When it comes to what benefit a driver can receive from being an F1 junior, then Bortoleto may be an example of one who has clear potential and – with even more support – could find the pace to be one of the regular frontrunners.

He won and claimed two poles in his rookie year of car racing in Italian F4, but all of that success came in a single weekend and only at one other event did he make the podium. Similarly, his three FRegional campaigns have resulted in wins but he has only fleetingly been at the front.

At the end of last year he seemed to have made a breakthrough in FREC with R-ace GP, claiming pole at each of the final two rounds and converting those into a maiden win and a second place. Given the gulf between the experienced drivers and rookies he was comfortably sixth in the standings, and did finish in the top five in less than half of the season’s races.

For 2023 he steps up to F3 with Trident, after topping a session in 2022 post-season testing, and being able to lean on Aston Martin’s support while he is in the F1 support paddock would no doubt benefit him strongly.

Like Tsolov, Bortoleto is also a member of A14 Management so Alonso will be taking an interest in how his season goes.