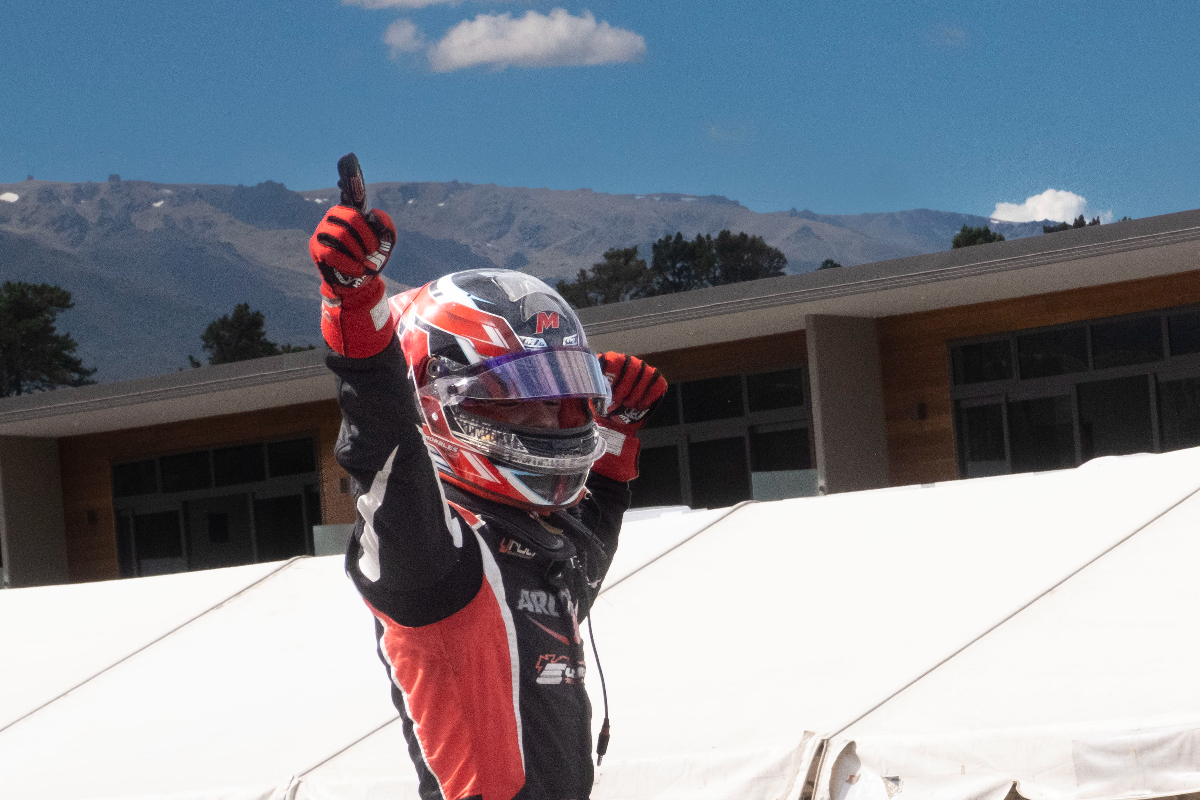 The M2 Competition driver qualified second behind team-mate Callum Hedge, but a rocket start put him straight past into the lead.

From there he resisted lap after lap of pressure from Hedge, as the pair pulled away from the rest of the field, through the the first half of the 23-lap race.

The fight for victory ended as the race’s second half began though, as Hedge slowed with suspected damage and pitted so his team could inspect the rear of the car.

Morales’ lead went from 0.4 seconds to 11s, with Charlie Wurz now his closest rival. Wurz was able to bring the gap down to 8.4s, but he then had a trip through the gravel with just over three laps to go and was lucky to be able to return to track and still be in second place.

The lead grew back up to 11s, only decreasing again as Morales met the chequered flag and celebrated, with Wurz comfortably finishing second ahead of Liam Sceats.

Completing the top four were Ryder Quinn and Chloe Chambers, with Jacob Abel holding off Ryan Shehan for sixth after a dramatic race.

Abel had a clash mid-race with Josh Mason in which the latter had tried passing him on the inside but had drifted wide and caused a collision that sent him spinning. While Abel was able to continue with minimal time lost, Mason fell down the field once he got his car going again and ended up in similarly close battles with other drivers before being disqualified post-race.

Shehan and Tom McLellan had been battling for eighth in the middle of the race before James Penrose, the race two winner, got between them. Penrose ended up finishing eighth, ahead of McLennan and Bree Morris who had an off late in the race and then pitted so her Giles Motorsport team could check for damage.

Hedge spent several laps in the pits due to his car problem and did eventually rejoin the track, but he has now lost the points lead to Wurz.