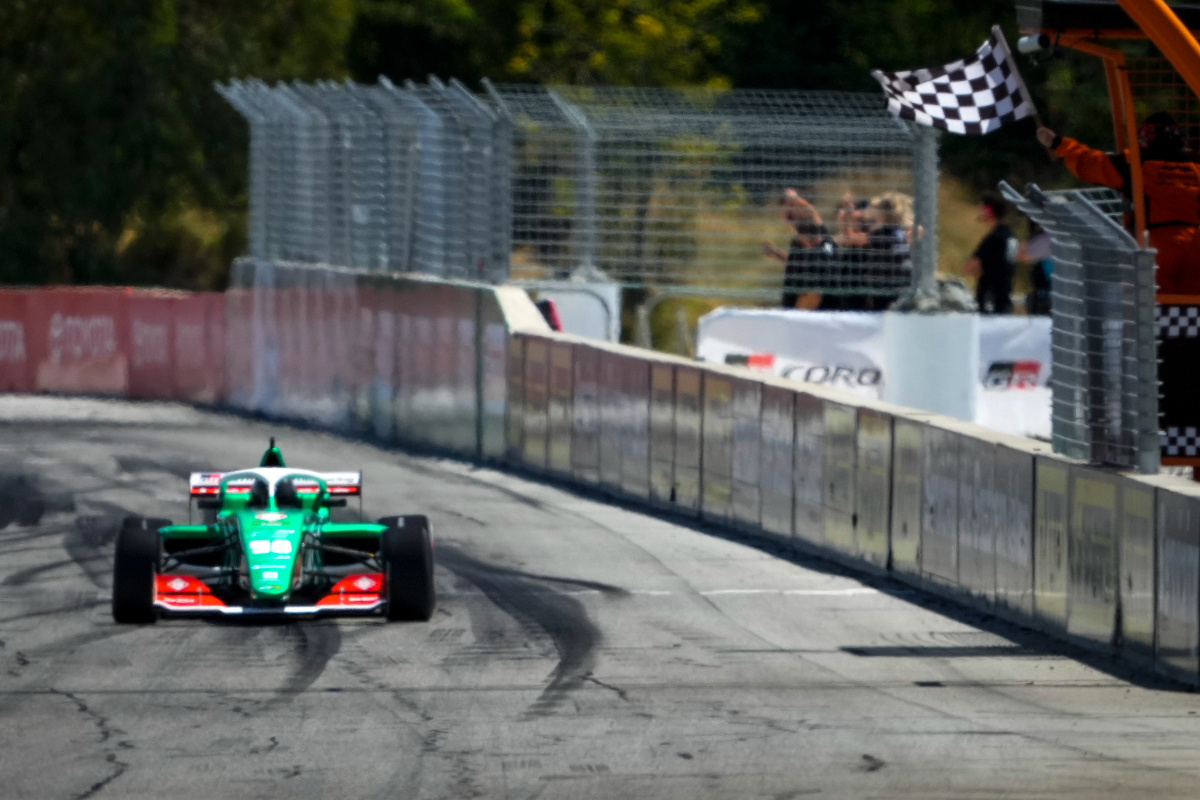 The Kiwi Motorsport driver started on reversed-grid pole and immediately raced into a lead that meant he avoided coming under attack from those behind.

Meanwhile Jacob Abel passed Ryder Quinn for second at the Bus Stop chicane on the opening lap, with Quinn clouting a marker on the inside of the corner. Later around the lap, Lucas Fecury had a grassy off that sent him to the back of the field.

The lead Penrose had built up was brought back down on lap two due to the safety car coming out. Liam Sceats had missed the exit of the Bus Stop and run onto the grass on the inside exiting the corner. That then sent his car across the track into the wall on the opposite side entering the long turn six right-hander.

It took several laps before racing action resumed, and Penrose was chased by Abel and Quinn initially at the restart. However he soon shook them off, while Wurz made a dive down the inside of Quinn for third place and David Morales tried passing him too.

A few laps later, Quinn started hassling Wurz in his mirrors but could not make a move and there was now a train of cars behind the battle for third. For over half of the race that train did nothing but follow each other, until the penultimate lap when Abel in second place started to come under pressure from Wurz.

On the final lap, Wurz went to attack Abel but his move left space on the inside for Quinn to get through instead and it also then gave Abel a small gap that meant he would hold second place to the chequered flag.

While he crossed the line with a gap of a second to Quinn behind, he was also a huge 8.633s behind winner Penrose who was making just his second start in a winged car after years of success in Formula Ford 1600.

Quinn similarly earned his maiden slicks-and-wings podium in third, saying “I thought I’d put a good show on for the crowd and you guys at home” with his move on Wurz who finished fourth and just ahead of Morales, Hedge, Chloe Chambers and Ryan Shehan.

Hedge spend much of the last lap trying to pass Morales, locking up but getting on his inside at one corner and then running side-by-side for a while before having to back out coming into the final corners to finish sixth and consolidate his points lead after winning race one.