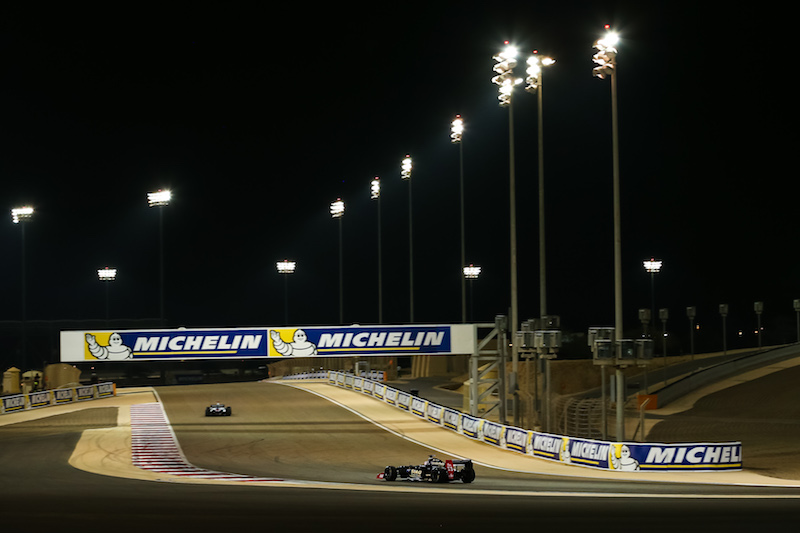 Pietro Fittipaldi secured the 2017 World Series Formula V8 3.5 champion with second place in the penultimate race of the season in Bahrain, with category debutant Henrique Chaves winning the race.

Matevos Isaakyan, Fittipaldi’s main title rival going into the race, failed to make the start, suffering engine problems on the way to the grid. This meant he sacrificed his pole position advantage for a pitlane examination from his SPM Racing by AVF team, and handed AVF team-mate Chaves the shortest run to Turn 1.

Fittipaldi was also therefore promoted to third for the start, and with Isaakyan looking unlikely to make it on track, needing only to maintain the position to guarantee the title.

He moved into second pretty quickly, and spent the first half of the race on Chaves’s tail, before a mistake by the Lotus driver dropped him back.

He narrowed the lead down to back under a second, before backing off towards the end and finishing just over a second-and-a-half behind.

As a result Chaves took victory on his category debut, the seventh driver to do so since 1998, and the fourth driver to win for the AV Formula team since they joined the series in 2013.

Fittipaldi’s second place put him 28 points ahead of Isaakyan, thus securing the title for the Brazilian. Isaakyan did in fact make it onto track, but having started the race five laps late he was non classified, and the solitary point he would’ve received for 10th place would’ve made no impact on the championship outcome regardless.

Roy Nissany took his first podium since Jerez in May with third place, ahead of his RP Motorsport team-mates Yu Kanamaru and Tatiana Calderon, another debutant.

After an early battle with Konstantin Tereshchenko, Alfonso Celis finished a convincing sixth, with Tereshchenko in seventh and Diego Menchaca in eighth.

Rene Binder finished a disappointing ninth, after a late race clash with Kanamaru left him with a puncture and required him to make a pitstop.