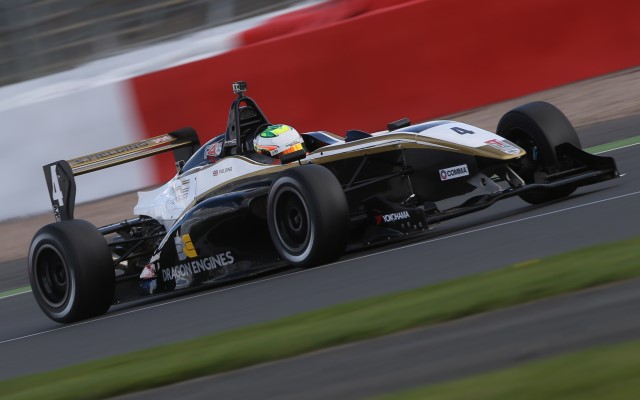 Sennan Fielding narrowly defeated team-mate Will Palmer to top qualifying for the fifth round of the BRDC F4 season at Silverstone.

Fielding’s late effort put him 0.019s ahead of his fellow HHC driver as he topped qualifying for the first time. Struan Moore was not far behind for Lanan in third, only 0.067s off pole.

In a session where HHC and Lanan filled the top six positions, Arjun Maini was fourth, while Raoul Hyman beat title rival George Russell to fifth but will start 15th as a penalty for causing the collision between he and Russell at Oulton Park.

Euroformula Open star Alex Palou was the best of the rest on his series debut for usual team-mate Sean Walkinshaw’s team and will line up alongside his former karting rival Russell in sixth.

Charlie Eastwood and Gaetano di Mauro will share row four, and the top ten will be completed by Diego Menchaca and Tom Jackson.

Series newcomers Meridian will line up 20th and 22nd with Connor Jupp and Jai Nijjar.