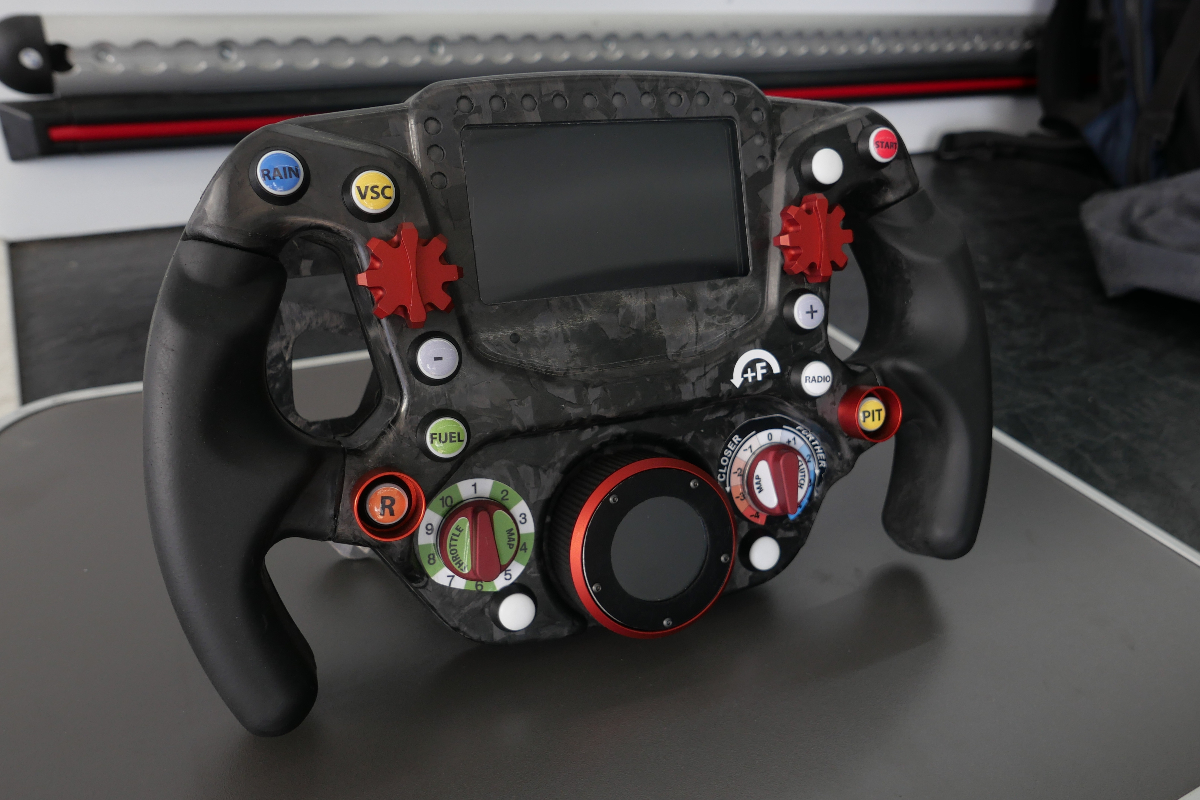 The FIA Formula 3 Championship’s newly introduced steering wheel was one of the main topics of conversation among drivers at this week’s in-season test at Jerez.

Following the Bahrain season opener, F3 has introduced a new, bulkier steering wheel for the rest of the year. From discussions with teams at Jerez, Formula Scout understands there had been a struggle to ensure an adequate supply of spare parts and electronics for the existing wheels.

The change for F3 helps to ensure the organisers can continue to service Formula 2 teams with the older wheels, although the new steering wheel could be introduced for F2 as well at a later date.

One team manager commented: “We [the FIA F3] teams are, in effect, the guinea pigs asked to try it out.”

After their first on-track experience with the wheel, several drivers were unhappy with its increased thickness and weight.

Championship leader Victor Martins told Formula Scout: “I don’t really like it. Just how you handle it; it’s just not the same shape as your hands. But it’s the same for everyone.”

Zane Maloney explained that his Trident team needed to make changes to get him comfortable with the wheel.

“It’s like any other thing when something changes, it’s a bit strange initially but we’re getting used to it,” he said. “We need to make quite a few adjustments for me because I have small hands. I’m sure many other drivers have the same problem as the wheel is so thick.

“We just need to make some adjustments to get me comfortable with it again. It is a big difference. I can’t wrap my hands around the wheel so I’m holding the wheel kind of like a road car. That’s the biggest problem.

“Once we get that fixed then the paddles and the positioning is all simple stuff. We just need to figure out a way to make the grip a bit smaller and then we’ll be fine.”

Prema’s Ollie Bearman, fastest on the first day of the wheel’s use, felt it made “the car really heavy”.

“It’s a completely different feeling to Bahrain,” he said. “I think if we had two completely dry days running some of us would be finished.”

“It’s not good!” laughed ART Grand Prix’s Juan Manuel Correa. “It’s not as comfortable as the other one used to be. It’s a bit harder on the hands because it’s too thick.

“We are now sorting out some gremlins which is normal when you have something new. Once we sort those out it’ll be better. The grip is actually better on the old one. We’ll see if they change it or not but anyway, it’s fine. I can drive with it.”

Hitech GP’s Kaylen Frederick highlighted the glare of the much brighter lights of the new wheel, which may have been accentuated by the dark skies over Jerez during testing. The replaced wheel “was already quite big”, and said “once you get used to it, it’s fine” with the new, larger wheel.