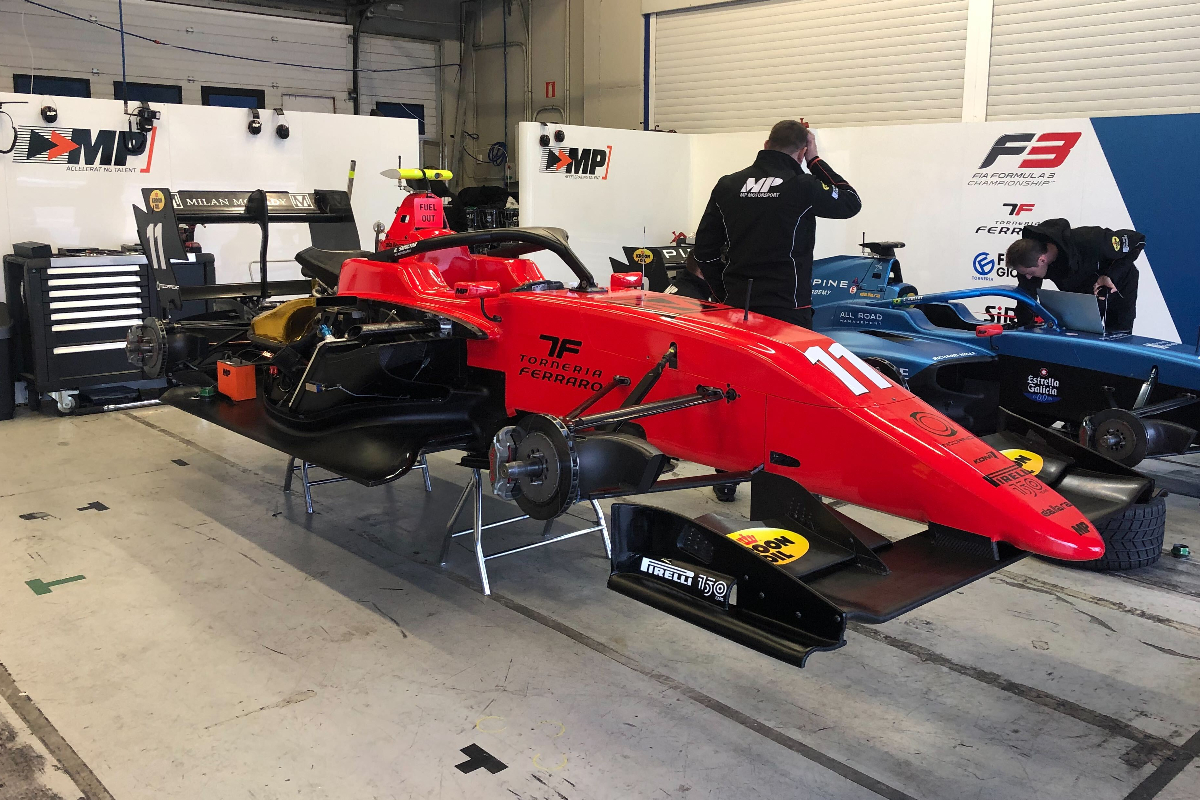 Alexander Smolyar made a belated appearance on the second day of FIA Formula 3 testing at Jerez this week after a lengthy and convoluted journey from Russia to the circuit.

Initial reports had indicated that he had missed his flight, arriving late on Tuesday afternoon. But as Smolyar told Formula Scout at the circuit, the explanation was rather more complicated.

His journey to the track had taken over 24 hours and involved four connecting flights.

“I had to go to Moscow, then change again in St Petersburg, before flying to Istanbul, then to Barcelona and finally to Jerez,” he explained.

Apparently, there had been another option of “travelling to Belarus and then by bus….,” but clearly this was an even less attractive proposition.

As a result his MP Motorsport entry remained on its stands in the garage through the first day of testing, although the untypical weather conditions limited the amount of useful running for those actually present.

However, as Smolyar said, “it is still important to get as much wet running as possible”.

He completed 80 laps on the second and final day of the test after arriving, going 15th fastest in the morning session and 21st in the drier and afternoon session. He was 1.2 seconds off pacesetter Arthur Leclerc.

MP ran Smolyar in a new red livery, a contrast to the black base colour he used for the season opener and the blue of its two other cars.

Teams are required to use the “same livery at every event” but have use of an additional base colour if running “drivers who are part of a Formula 1 program”.

In this case, the ‘F1 colour’ comes from Smolyar’s team-mate Caio Collet being an Alpine junior and bringing its blue to the team, with Smolyar’s red being the non-F1 base colour.

With the branding of Smolyar’s usual backer SMP Racing pulled due to Russia’s invasion of Ukraine, his livery now features the logos of Milan Morady and M13 Cars. Both companies have connections to a business partner of SMP founder Boris Rotenberg, who have invested together in the Spyker sportscar brand.

Smolyar said he is “not bothered what colour scheme is on the car”, but after it was initially announced he had lost his drive due to the geopolitical situation, does the new branding indicate funding is in place to complete the season?

“I don’t want to say that everything is OK, but it looks like we should be able to complete the season,” he said.

The main complication at present is July’s Silverstone round, as he does not currently have a visa for the United Kingdom.

“In the past I was able to get a UK visa for a six-month stay but in the current situation I haven’t yet been able to get one.”

With Motorsport UK having banned Russian licence holders from racing, Smolyar’s chances of competing at Silverstone would appear to be slight at present.