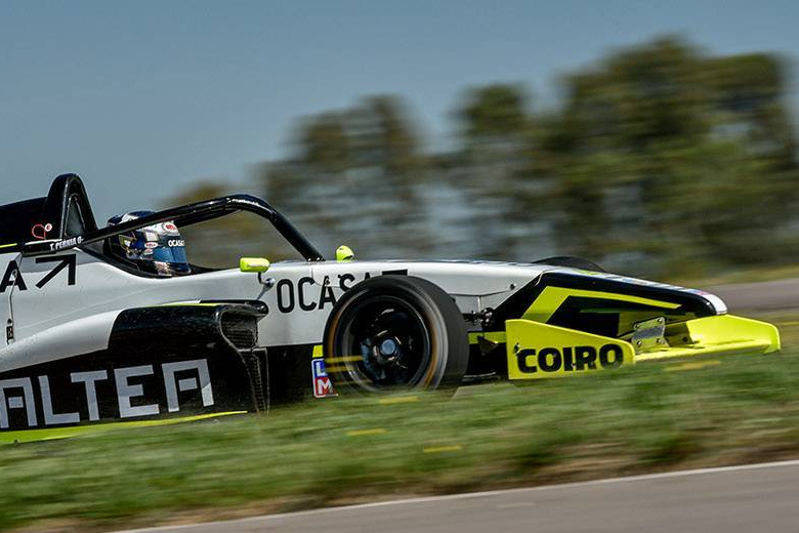 The last two Renault Sport-affiliated Formula Renault series on the planet are being rebranded for 2022, and also undergoing technical changes.

Argentinian FR2.0 has an all-new look this season, changing its name to Formula Nacional Argentina and adding the halo cockpit protection device to the chassis it was already using.

It will make its delayed start this week at the Bahia Blanca circuit, that has returned to use in major competitions after a decade of no racing there. FNacional had previously planned for its season opener to be in February, and much of its 2022 calendar is still yet to be formally announced.

In addition to the extra weight from the halo, wider tyres will be introduced that will change the handling of the cars.

FNacional claims to be Argentina’s only single-seater series with national championship status this year, despite the presence of the FIA-endorsed Formula 4 championship that began last year. It too has an incomplete 2022 schedule.

Over in east Asia, the series that was given the FRegional Asia Series name (FRAS) for its cancelled 2021 season is now set for a comeback all in China.

From 2002 to 2019 the series was known as Asian FR and usually had all-Chinese calendars or would include one overseas trip to Malaysia’s Sepang circuit. In 2016 it visited South Korea and Thailand instead of Malaysia.

Two years ago the series renamed itself FR Asiacup as it attemped to mirror the FR Eurocup in switching from FR2.0 cars to Formula Regional chassis. However the COVID-19 pandemic contributed to those plans being undone, with a season that was supposed to start on the support bill of the inaugural Vietnamese Grand Prix ending up being cancelled entirely and rendering Renault’s prize of a Motorsport Games F4 Cup seat to the best Hong Kong-born driver in the points totally void.

The planned switch to FRegional had no take up, and so FR2.0 cars had to be let back in as a secondary class as it rebranded to FRAS for 2021. But the continuation of the pandemic and an extreme sports tragedy meant no racing occurred again.

Zhuhai, where many teams base themselves and where much of the series’ racing take place, established its own FR2.0 series without Renault support, but Circuit Hero Formula Race failed to run any races for the same reasons.

Formula Scout spoke to Renault Sport Racing’s customer racing director Benoit Nogier about the brand’s plans in Asia, and he was enthusiastic to get FRAS off the ground again with FRegional cars. This week Renault told Formula Scout that the series would go ahead with only a FRegional class.

A five-event 2022 season has been announced for what will now be the Alpine Formula Racing Asia series, with the first two rounds taking place at the new Zhuzhou circuit on May 21/22 and June 18/19. Xiamen, another new circuit, is provisionally set to host rounds three and four on July 9/10 and August 13/14, and the season will conclude at Formula 1 track Shanghai on September 17/18.