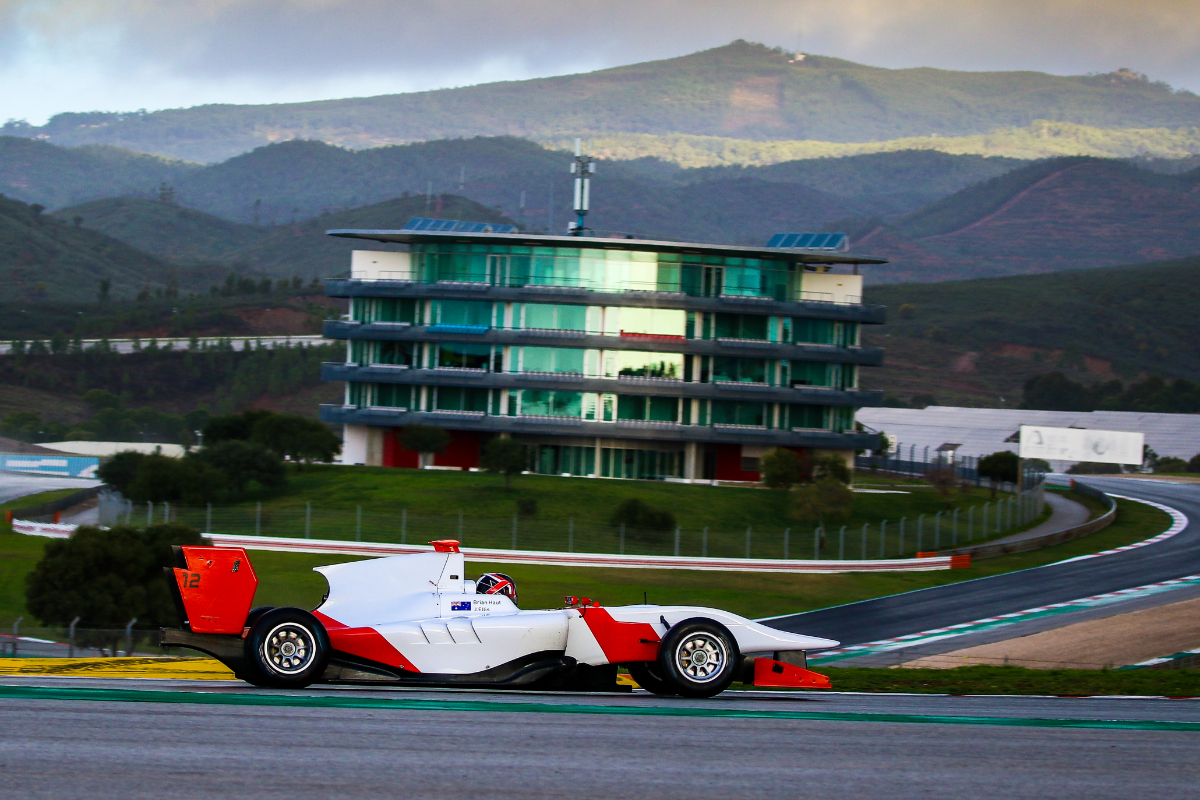 No testing using the Dallara F3 2019 car is allowed outside of FIA F3’s two official post-season tests and the single pre-season test for 2021, meaning teams wanting to trial drivers in higher downforce machinery have to bring out older cars.

Prema, which has won the first two FIA F3 Championship titles with Robert Shwartzman and Oscar Piastri, ran Arthur Leclerc and Oliver Rasmussen at Algarve in Dallara GP3/13 cars it bought after GP3 was succeeded by FIA F3 for 2019.

Ferrari junior Leclerc is all but confirmed to be racing for Prema in FIA F3 next year, and is a move Ferrari Driver Academy head Marco Matassa is pushing for after Leclerc ended his Formula Regional European Championship campaign last weekend.

Leclerc and Rasmussen, who were Prema team-mates in FREC, finished level on points for second in the standings but the position went to Leclerc on second place countback.

Also running GP3 cars at Algarve, including the first generation GP3/10 chassis and the GP3/13-succeeding GP3/16, were Carlin and Hitech GP.

Hitech GP had Red Bull junior Jak Cawford and 2019 Aston Martin Autosport BRDC Award winner Johnathan Hoggard, who was due to race with Fortec Motorsports in Euroformula this year prior to the coronavirus pandemic and now looks like he will move into FIA F3 in 2021, while Carlin was fielding Red Bull’s ADAC Formula 4 champion Jonny Edgar and its Euroformula driver Ido Cohen.

Carlin was one of three teams on the Euroformula ‘Iberian tour’ that most of the teams are going on this winter around Spanish and Portuguese circuits.

BRDC British F3 champion Kaylen Frederick and his team-mate Nazim Azman made the step up to Euroformula’s Dallara 320 with Carlin at Estoril last week, a test also inflicted by rain, and both were in action again at Algarve.

Double R Racing had cars out for Joshua Mason, another BRDC British F3 race-winner, and Venezuelan single-seater rookie Zdenek Chovanec. He raced in the Italian and United Arab Emirates F4 series this year, with two podiums in the former.

Niklas Krutten and Matthias Luethen are set to remain with Motopark in Euroformula next year, and both were testing with the German team in Portugal along with Louis Foster and former W Series racer Vivien Keszthelyi.

There were no laptimes recorded from the tests, with all scoring done via stopwatches and paper by the teams themselves.