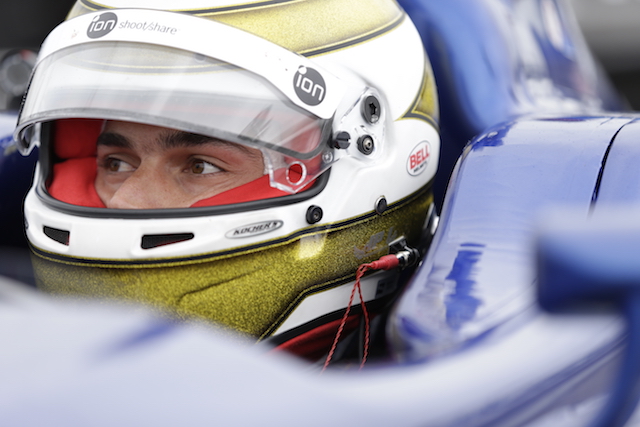 Nelson Piquet Jr‘s surprise entry into this weekend’s Pau Grand Prix has been blocked by the FIA.

Piquet had agreed a deal with Carlin to race on the French street circuit, with the potential to also contest the Macau Grand Prix later in the year.

The Pau entry has now been rejected however, under?Article 4.7 of the FIA Formula 3 European Championship Sporting Regulations, stating ?any driver application to participate in the Championship will be studied by the FIA and accepted or rejected at its absolute discretion?.

FIA Single Seater Commission President Stefano Domenicali said that permitting the 30-year-old ex-Formula 1 driver and reigning Formula E champion would be against the spirit of the championship, which this year has banned drivers spending more than three seasons in the series.

?We cannot deny that we were pleased that a driver with the talent and the achievements of Nelson Piquet Jr has expressed a desire to race in a round of the FIA F3 European Championship at a prestigious circuit such as Pau,” said Domenicali.

?However, we must keep in mind the spirit of the championship ? as one of the primary steps on the ladder to F1.

?Therefore, we decided that we could not accept the application presented by Carlin.

?This season the FIA introduced new eligibility criteria with the specific intent to define the characteristics of the FIA F3 European Championship more precisely. Today?s decision is a logical consequence of these measures.?

Team boss Trevor Carlin has expressed his disappointment over the decision, stating his belief that?Piquet’s entry would have been positive for the series.

“I think it?s a huge loss for this weekend?s event that Nelson will not be allowed to race,” he said.

“Having been directly involved in running Formula 3 teams for 30 years, I am more than aware of the importance Formula 3 has in developing young drivers.

“Nelson?s one-off participation in the series this weekend would have been a great stimulus for the drivers around him and shone a positive light on the championship and drivers.

“In no way was it meant to discredit the championship or its ethos.”