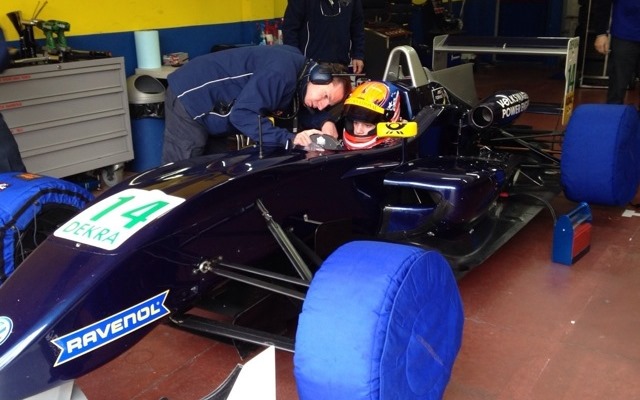 American teenager Santino Ferrucci will race in the FIA F3 European Championship in a third Eurointernational entry from the Spa-Francorchamps round.

As Ferrucci does not turn 16 until the end of May, he will have to wait until the series visits the Belgium for round five before he can make his debut.

After success in karts and a string of top-five finishes in the F2000 Championship Series in the US last year, Ferrucci tested F3 machinery with Eurointernational at the end of 2013 and impressed team boss Antonio Ferrari.

“His speed is great and his general approach is exemplary,? said Ferrari.

?I have seen a lot of top talents but I have to admit that neither Daniil Kvyat nor Carlos Sainz or Felipe Nasr were that good, at the age of 15. We have realised that he definitely is extremely gifted. We don?t yet know if he will be able to deliver on the race weekends right from the start but he still is very young and has got enough time for learning his trade.?

It is possible that Ferrucci will also compete in German F3 with the team this year, but this has yet to be announced. He joins Italians Riccardo Agostini and Michele Beretta in the team’s FIA F3 line-up.