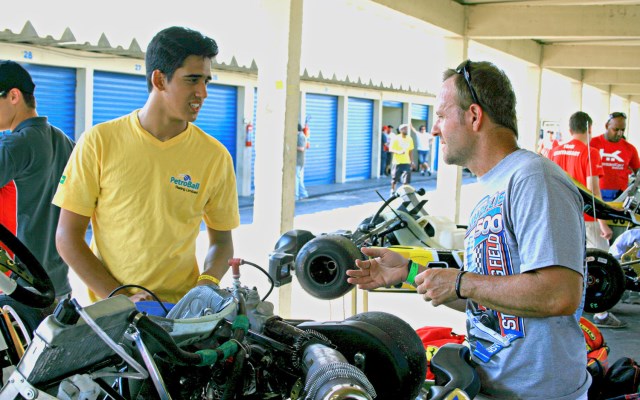 Brazilian outfit Petroball have joined the British series to aid compatriots with the move to Europe and have set up a base in Milton Keynes.

?I am still dreaming about it all,? said di Mauro. ?Everything moved very fast in 2013, winning kart and car championships and winning the race with Rubens Barrichello.

“2014 has started in the same way, signing with Petroball Racing to race in the fantastic BRDC F4 series in the UK. I could not be happier and am looking forward to repaying the faith they have in me.?

Petroball Team Principal Jose Roberto Sabathe commented: “We are very happy to have signed Gaetano di Mauro to be our first driver in the 2014 BRDC F4 Championship.

“As we follow the same philosophy of the series, it is important to give opportunities to new young Brazilian talents, and Gaetano is surely one of them. In the next week we also expect to sign our second driver, who will most likely come from the USA.”