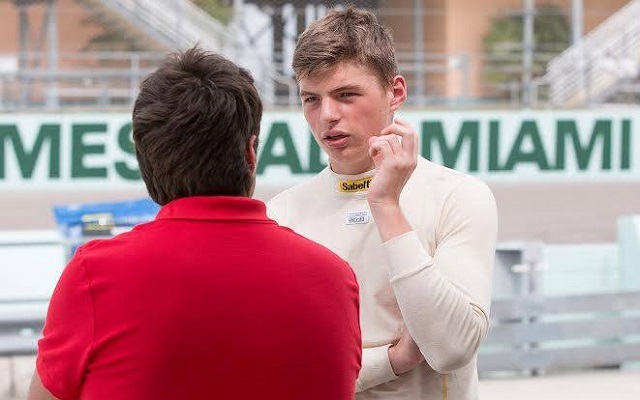 The 16-year-old youngster amassed a glowing CV in karting over the recent years with a huge array of titles across different categories and championships. After a number of successes on the national karting scene, he became a star in the KF3 class in 2010, winning the WSK Euro Series, WSK World Series and the European Bridgestone Cup.

In 2012, he made the switch to KF2 racing, winning the WSK Master Series and finishing runner-up in the CIK-FIA World Cup. A year later, he took the WSK Euro Series title in the KZ1 class and won the CIK-FIA European Championship in both the KF and the KZ classes.

Verstappen tested extensively in preparation for his switch to car racing, making appearances with several frontrunning teams in the Eurocup Formula Renault 2.0, as well as Motopark in German F3.

Earlier this year, he took part in the Ferrari-run Florida Winter Series and took two victories across the twelve races against a much more experienced grid.

The single-seater rookie is Van Amersfoort Racing’s second signing for the 2014 FIA F3 season, as the team has previously announced that it’s promoting Gustavo Menezes from their German F3 squad.