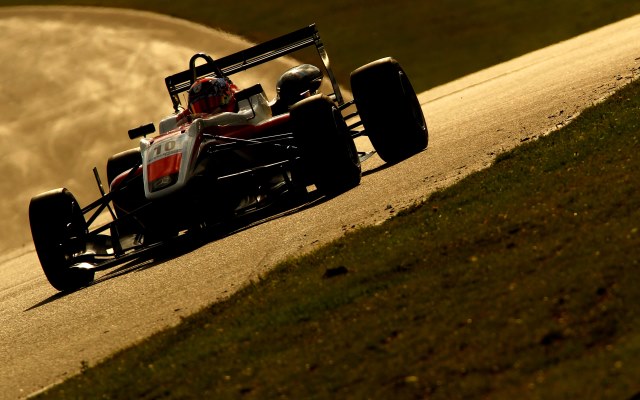 British F3 one-off star Santino Ferrucci got his second win of the weekend at Brands Hatch in the third and final race.

The American took the lead at the start ahead of his pole-sitting Fortec team-mate and points leader Martin Cao.

The 16-year-old then pulled away unchanged, winning by almost ten seconds.

Matt Rao was able to complete another Fortec lockout of the podium once the sole Carlin entry of Peter Li retired out of third on lap seven. Rao has now slipped to 15 points behind Cao, having led by four coming into the weekend.

Dan Wells was again the best of the Double R trio in fourth, beating Camren Kaminsky off the start and then holding off the American. Max Marshall completed the six finishers in his F308.