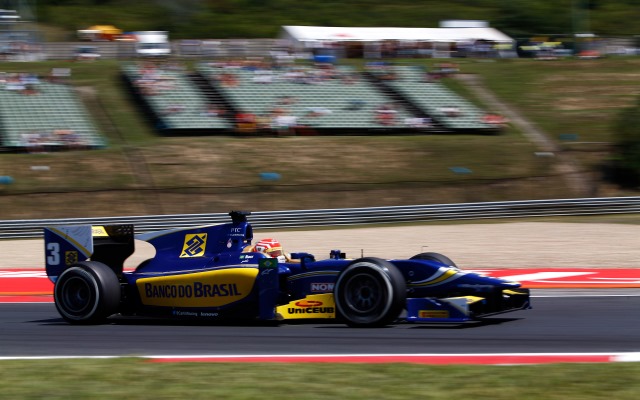 Campos Racing were the surprise package of the session, with Arthur Pic and Kimiya Sato holding first and second respectively at the halfway point.

They were relegated by Tom Dillmann, who recovered from a prang in the pitlane at the start of the session to move into provisional pole with an early second run.

Nasr was the class of the field at the end of the session though, setting two laps good enough for pole and finishing up 0.182 seconds clear of Dillmann.

The Campos duo will line up on the second row of the grid. Johnny Cecotto was fifth fastest, but will start eighth having been handed a three-place grid penalty for his collision with Jolyon Palmer during practice.

Practice pacesetter Stoffel Vandoorne will therefore start from fifth ahead of Palmer, who will start a feature race off the front row for the first time this season. Nasr’s four points for pole have cut the gap to championship leader Palmer to 37 points. Raffaele Marciello will start seventh, while Marco Sorensen and Stephane Richelmi will complete the top ten.

Richelmi had sat second between Vandoorne and Palmer after the opening flying laps but then ground to a halt against the pit wall and did not rejoin the session.