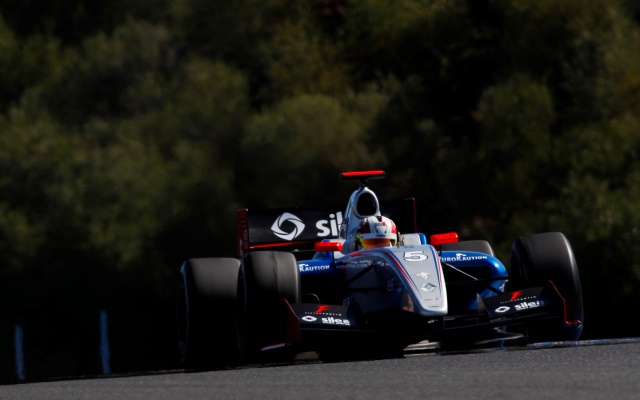 Continuing with the Draco team with which he finished 15th in the 2014 standings, the Brazilian – who set the fastest lap in both races at Jerez at the weekend – posted a time of 1m27.915s.

Just 0.062s slower on his final lap of the session was Fontana, who was having his first drive in a Formula Renault 3.5 car with the Lotus-branded Charouz team. A tenth behind him in third was regular Lotus driver Matthieu Vaxiviere.

Jordan King was seventh for Arden ahead of Pons-contacted Oscar Tunjo. Double FR2.0 champion Nyck de Vries was ninth quickest on his first drive of an FR3.5 car, in the ex-Carlos Sainz DAMS machine he will race in 2015.

His rival Dennis Olsen completed the top ten in the second Strakka entry.