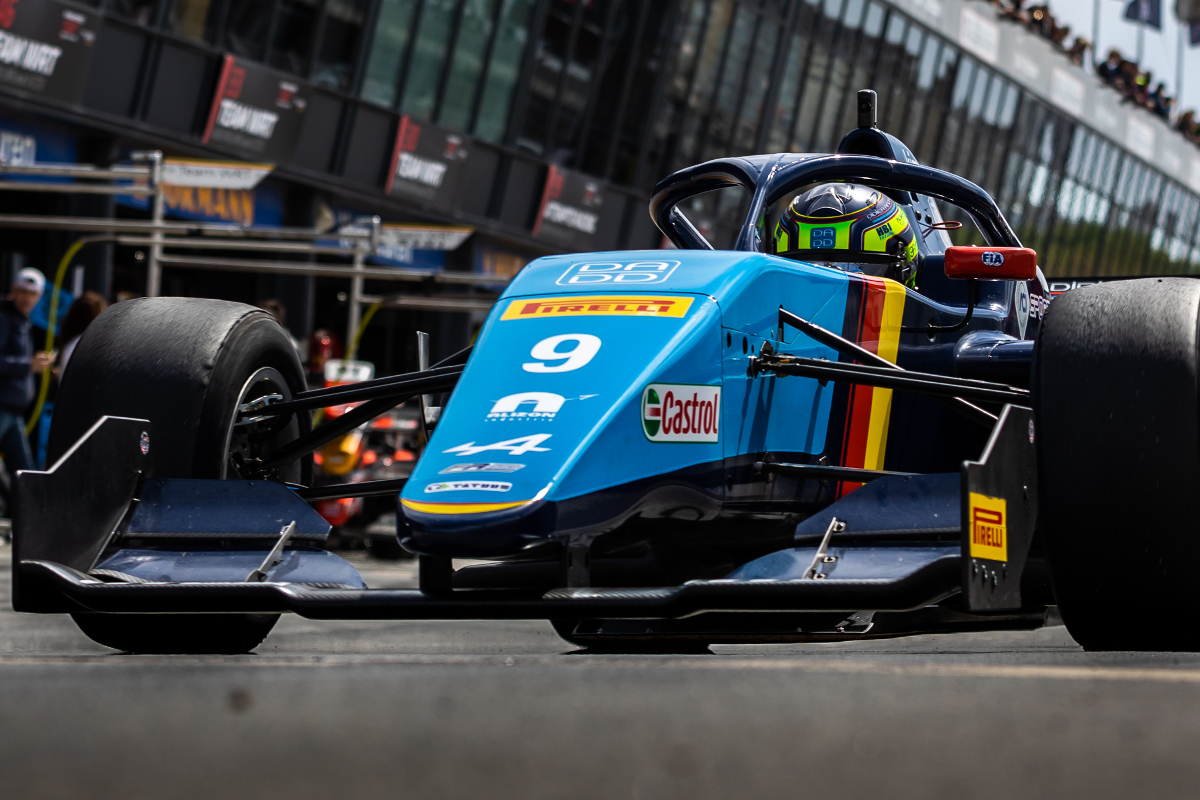 The two were the drivers to beat for much of the afternoon session on Friday, which was initially headed by Prema’s Paul Aron.

Mini was the first driver to break into the 1m39s and initially led Van Amersfoort Racing’s testing pacesetter Kas Haverkort and Masson, then Masson went to the top by 0.043 seconds.

Arden’s Joshua Duerksen rose to fourth place at the same time, then improved to third place before red flags were waved as team-mate Noel Leon had come to a stop at turn two.

The session restarted with just a few minutes left, and Masson improved to a 1m39.419s lap in first place. MP Motorsport’s Sami Meguetounif jumped up to second place, 0.114s slower, while Mini failed to find any more pace from his early session benchmark.

Duerksen was also shuffled back down to fifth by Haverkort, whose penultimate lap put him fourth.

In the morning, Mini had gone fastest in FP1 and his 1m39.472s lap from that session actually still put him second fastest overall for the day.

R-ace GP’s Hadrien David was his closest rival, and fourth fastest overall after only going 15th in FP2, and Race Performance Motorsport’s Pietro Delli Guanti was third ahead of Aron, Duerksen and Haverkort.

Two thirds of the 33-strong field had laptimes deleted across the two sessions for track limits violations.