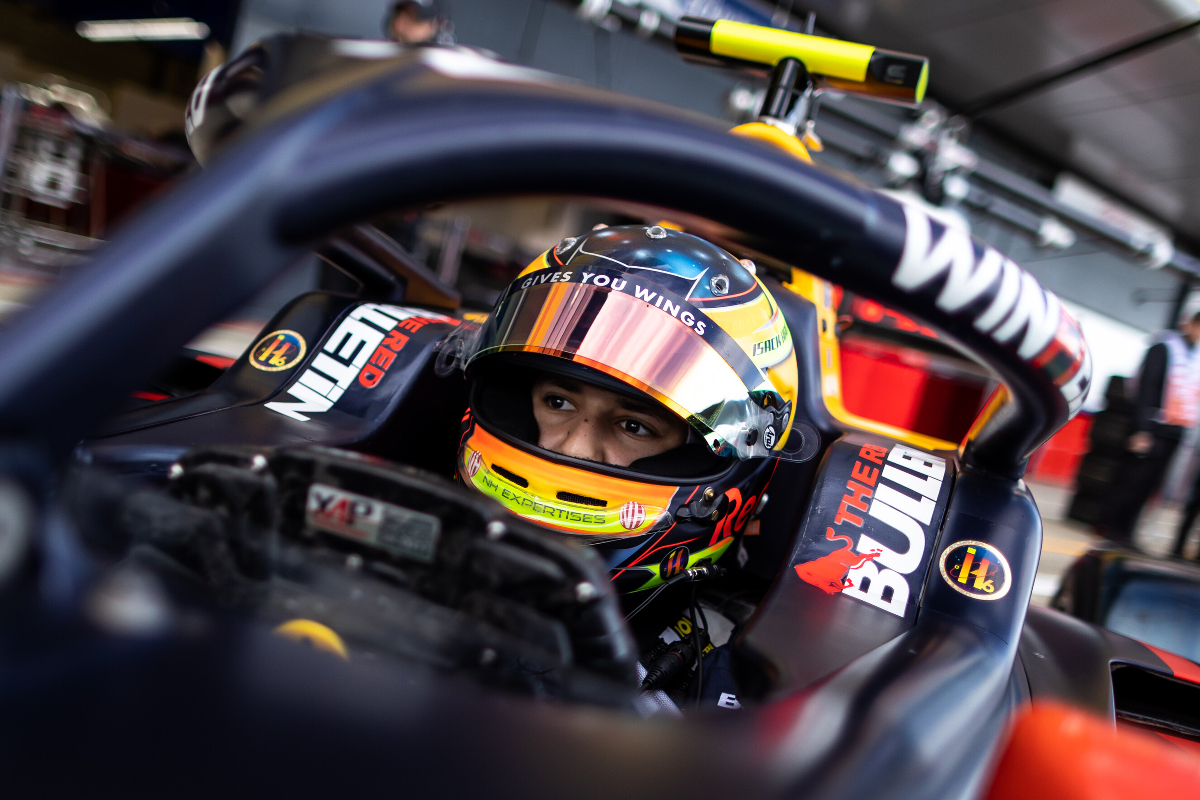 Isack Hadjar claimed his maiden FIA Formula 3 pole-position at the Red Bull Ring, improving in a final run affected by the track’s typical traffic jam and a red flag.

Championship leader Victor Martins topped the times for ART Grand Prix once every driver had completed his first qualifying attempt.

Several drivers improved their laptimes on their second lap on the first set of tyres, but no one could beat Martins’ benchmark of 1m19.980.

Prema’s Ollie Bearman was the closest one to the Frenchman’s fastest time, staying just 0.062 seconds off of it.

Charouz Racing System’s Zdenek Chovanec was slow out of turn nine and stopped right at the bollard that marks the pit-lane entry. Yellow flags were out, however, Chovanec got going again. The stewards noted the incident for investigation for erratic driving.

With 10 minutes on the clock, all the cars left the pit-lane for a second run on new tyres.

Leaving his pit-lane position, Bearman made contact with Carlin’s Zak o’Sullivan, who was already on the fast-lane. Both drivers kept going with the unsafe release set to be investigated by the stewards after the session.

Traffic issues appeared as the session approached its end, with drivers queuing and fighting for a spot in the last two corners.

Despite the chaos, Hitech GP driver Hadjar beat Martins’ time first by a tiny margin and then improved again to take pole by 0.221 seconds.

Chovanec going off at turn one with his front-right tyre appearing deflated brought the red flag out with two minutes to go and the session would’t restart.

Bearman and his teammate Arthur Leclerc concluded the session in third and fourth place respectively, with Hitech’s Kaylen Frederik rounding off the top five.

Several drivers had laps cancelled for exceeding track limits at turn 10 during the session.