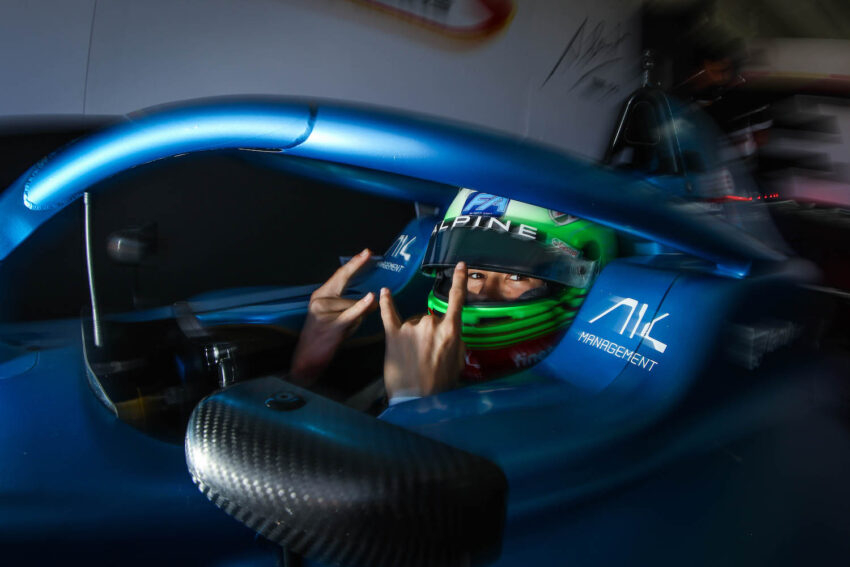 The rookie was rapid in free practice on Friday, going fastest in the two Friday morning sessions, then continued that form into qualifying which was held back-to-back in the afternoon.

MP Motorsport’s Valerio Rinicella was fastest at first in Q1, setting the pace over the first two flying laps. He improved again on his third lap but was bettered by Campos duo Tsolov and Hugh Barter.

The top three all failed to go any faster next time by, and each time had to set one more lap.

One of the first across the line was MP’s Kirill Smal, and he set a 2m24.440s to provisionally take pole. Rinicella and Barter could not go any faster, but Tsolov was able to find almost two tenths of a second to snatch back top spot from Smal.

Manuel Espirito Santo and Georg Kelstrup went fifth and sixth fastest for Campos, with Drivex School’s Gael Julien in seventh the only driver not driving for the series’ two ‘big teams’ in the top 10.

Sainteloc Racing and its driver Theophile Nael qualified 14th for their single-seater debut, while title contender Timoteusz Kucharczyk could only go 16th fastest. Formula de Campeones’ debutant Aurelia Nobels was not able to set any representative laps in practice, and also failed to in Q1.

On second-best laptimes it was Tsolov who was also quickest, putting him on pole for race two by 0.114s over Barter. Rinicella and Kelstrup will start third and fourth, while Smal’s lack of pace in the middle of Q1 leaves him in fifth.

Julien was first to the top in Q2, but Tsolov soon occupied his usual position on top. Barter was his closest rival in this session and improved on his final lap while Tsolov didn’t. It wasn’t enough for pole though, as he was 0.098s slower than his team-mate.

Rinicella and his team-mate Christian Ho disputed third place throughout and it was Rinicella who claimed the position by 0.057s.