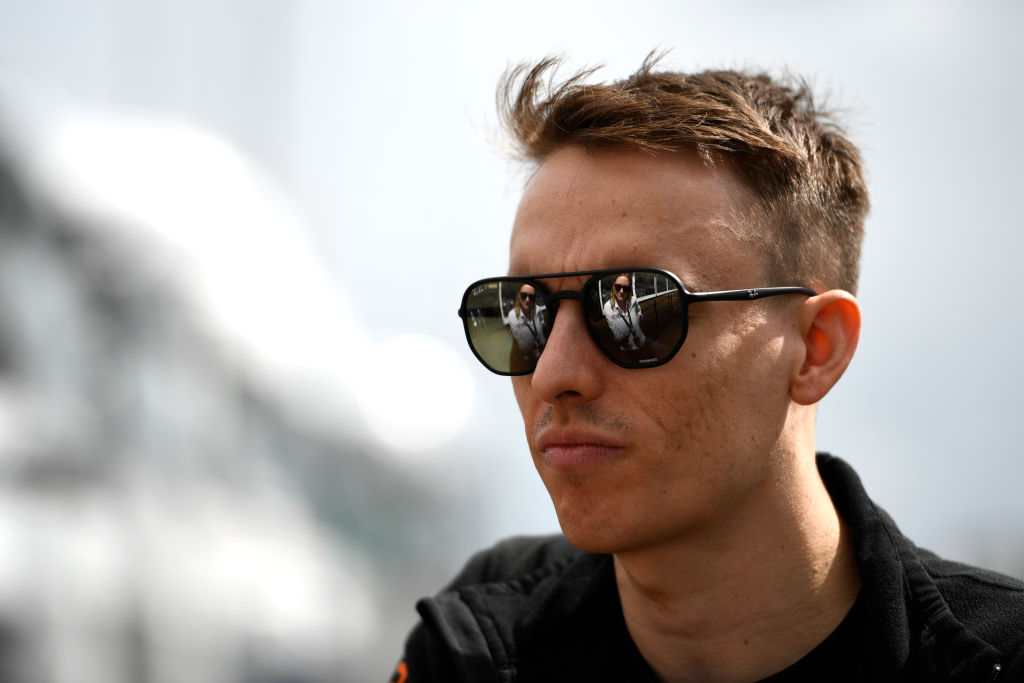 Jake Hughes topped Formula 2 free practice at the Red Bull Ring by over four tenths of a second.

Hughes’s Van Amersfoort Racing teammate Amaury Cordeel, who is back on track this weekend after serving his race ban, set the first reference with a laptime of 1m18.294s.

A virtual safety car period took place nine minutes into the session to recover Callan Williams’ car. The Trident driver suffered a mechanical issue as he approached turn three, locking up his rear wheels and coming to a halt in the run to turn four.

Laptimes improved as soon as the action resumed and most of drivers went into the 1m16s.

Carlin’s Logan Sargeant was the first to break the 1m16s barrier as he set a lap of 1m15.946s to go fastest.

Sargeant, ART Grand Prix’s Theo Pourchaire, MP Motorsport’s Felipe Drugovich and Hitech GP’s Marcus Armstrong were the only drivers to go under 1m16s in the first 20 minutes of practice, with Armstrong taking top spot before Sargeant regained it a couple of minutes later.

Carlin’s Liam Lawson momentarily went quickest, but his laptime was deleted for exceeding track limits. Several other drivers were shown the black-and-white flag for that same reason.

Charouz Racing System’s Enzo Fittipaldi went off at turn seven with 16 minutes to go and red flags were waved as his car was recovered from the gravel.

Action resumed with 12 minutes remaining, and DAMS’ Ayumu Iwasa quickly improved to take second place within 43 thousands of a second of Pourchaire’s then-fastest lap, which the Frenchman had set shortly before the red flag.

Iwasa went on to improve again, going fastest with a 1m15.601s lap.

Several drivers bettered their laptimes in the last five minutes, and Hughes set the fastest lap of anyone by 0.430 seconds ahead of ART GP’s Pourchaire and Frederik Vesti.

Roberto Merhi, who returns to F2 this weekend deputising for the injured Ralph Boschung at Campos Racing, concluded the session in 13th place and 1.005s off the pace having clocked 23 laps.

Merhi’s team-mate Olli Caldwell stopped next to the pit wall with car issues once the session had concluded as other drivers carried out practice starts.