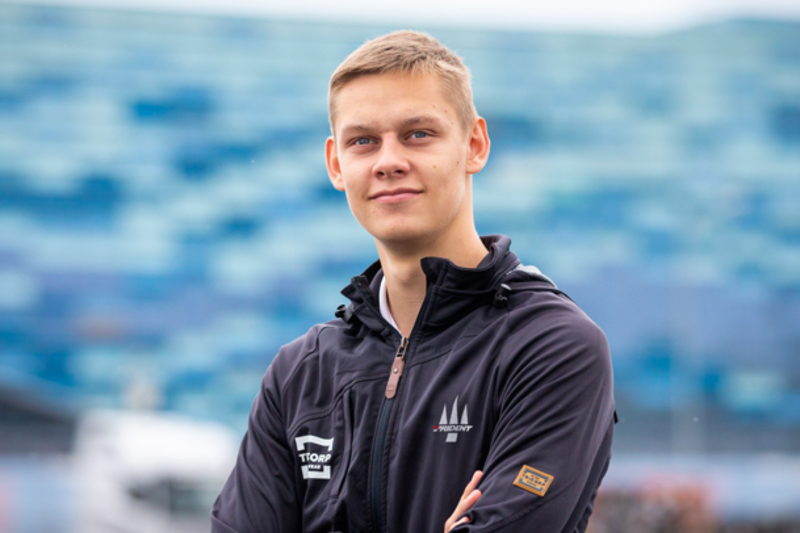 Oliver Rasmussen will have to choose between racing in the World Endurance Championship or FIA Formula 3 later this year, as he has two schedule conflicts.

He signed with Algarve Pro Racing for the IMSA Endurance Cup in America, and with Jota Sport in WEC’s LMP2 class. Earlier this month he returned to F3 to replace the ill Jonny Edgar at Trident for the rest of the season.

But two WEC rounds, the Monza 6 Hours and Fuji 6 Hours, clash with F3’s races at the Red Bull Ring and Monza. Rasmussen spoke to Formula Scout on his F3 return at the Jerez in-season test to explain the situation.

“I just got a few days’ warning,” Rasmussen said of his F3 deal. “But we made everything work, it wasn’t too late to get the call.

“I really have to thank the opportunity that I get in WEC with Jota. [Joining Trident] does look like an easy choice, let’s say, but we had to discuss it quite a bit over a few days to be able to make the right choice.”

Rasmussen is “here for the next few rounds” at least, and added: “I am competing in the full WEC championship for now. We just need to make a decision between the two championships.”

The decision on the date clashes will “depend on the results, If the results come, we’ll stick with it” in F3.

After coming 25th in his rookie F3 season with HWA Racelab, Rasmussen had initially been trying to get a seat at a top team for 2022. After that didn’t come to fruition, “we decided to switch to Plan B at that point, which was the wisest decision” and moved to sportscars.

“But when we got this opportunity [with F3’s reigning champion team Trident], it was really positive in a way because at least I can compete at a high level. So, it was a bit the opportunity of a lifetime and it’s hard to not say yes.”

“Obviously with my experience out of F3 I brought a bit more maturity to my career,” Rasmussen said of his F3 return at Jerez, where he was fifth fastest. In the follow-up Barcelona test he was seventh quickest.

“So being able to have a different look at it was really nice and with this team everything went perfect so we just have to keep going for now.”

Trident’s F3 team manager Giacomo Ricci told Formula Scout that “we had been in touch with Oliver for a long time, and in the past we had already been discussing [working together]” and was pleased by Rasmussen and his management’s willingness to jump in despite the late notice.