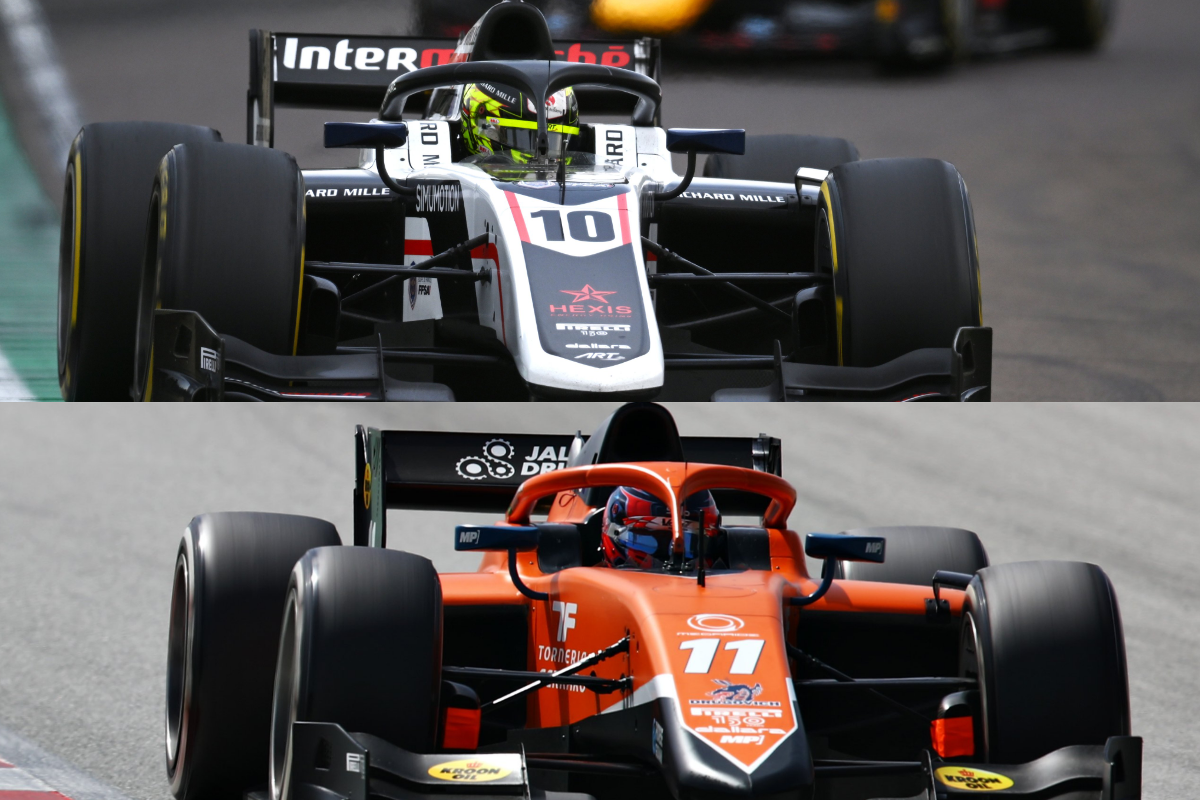 Theo Pourchaire criticised his Formula 2 title rival Felipe Drugovich’s strategy for last weekend’s Imola feature race after it backfired and left the latter down in 10th.

MP Motorsport’s Drugovich was one of several drivers to start on Pirelli’s medium compound tyre and use the alternative strategy of a late pistop, while Pourchaire started on the ultrasoft compound and pitted for the more durable medium.

Those on the same strategy as ART Grand Prix driver Pourchaire were able to reduce the time loss of their tyre switch by pitting under an early safety car after poleman Juri Vips crashed out.

A late crash for Liam Lawson required the safety car, initially in virtual form (with drivers not allowed to pit) and while the yet-to-stop Drugovich was leading. It switched to a full safety car just as he and Virtuosi Racing’s Marino Sato passed the pit entry, meaning they had to lap at safety car pace before pitting, which promoted Pourchaire to the lead and victory.

Drugovich tweeted “that was quite unfair I would say…” post-race, and the podium finishers were asked for their thoughts on it, assuming Drugovich was referring to the late safety car call.

“He can say whatever he wants, but why didn’t he stop earlier then?” Pourchaire said.

“I mean, you are playing with fire by doing that. We did a classic strategy, option-prime, we know the safety car risk was high and we pitted because there were two safety cars by the beginning of the race.

“It’s just playing with fire by doing that, and they knew that probably if there wasn’t any safety car, they would have been in the top 10 or doing a good job. Sometimes you need to – I understand you take risks, but it’s like that.

Charouz Racing System’s Enzo Fittipaldi, who claimed a maiden F2 podium in second place, said: “You never know when there’s going to be a safety car or what’s going to happen. You never know the future, especially in F2 races, they’re always crazy.”