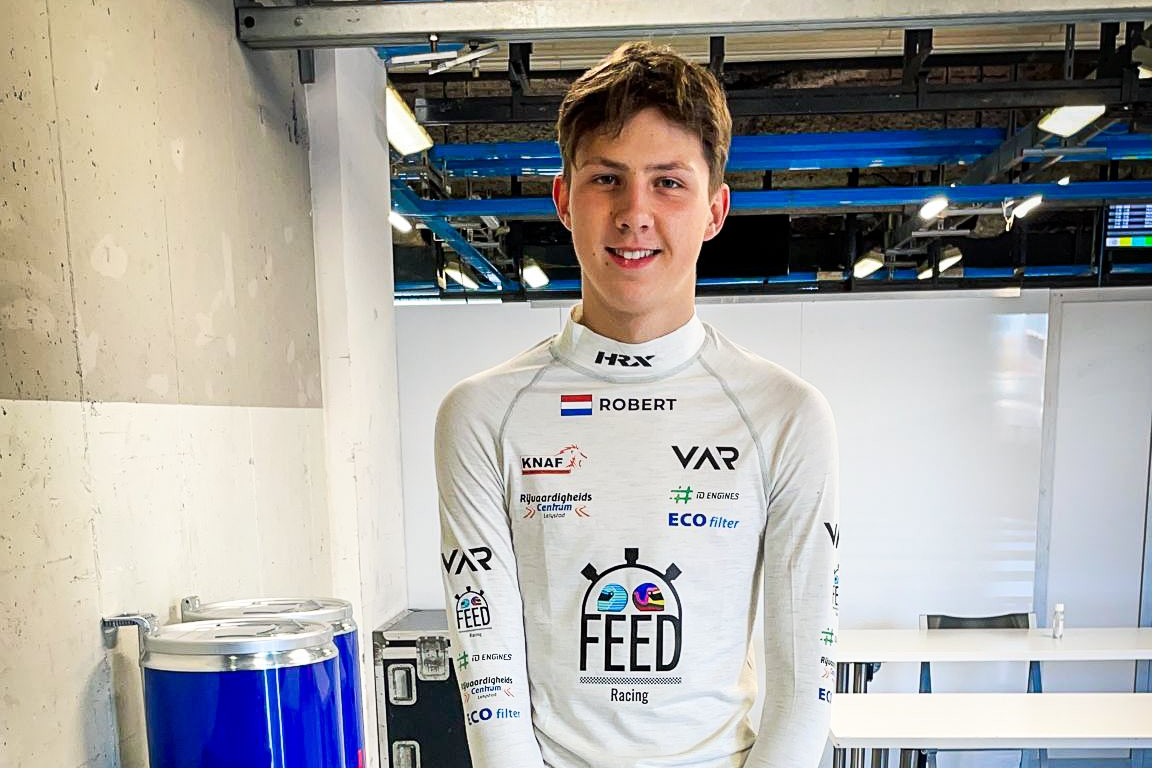 Robert De Haan, the 2021 winner of the FEED Racing France shootout, will use his prize Formula 4 drive in the Spanish championship.

The Dutch youngster, who was fourth in Ginetta Junior last season, won the shootout at Magny-Cours last June. The prize was a paid-for seat in a European F4 series for 2022, and he has signed for Van Amersfoort Racing and Monlau Motorsport.

VAR has not previously raced in Spanish F4, but has tied up with local team Monlau – which over winter has tested using VAR’s retired first-generation F4 cars – to join the series.

De Haan returns to VAR after making his single-seater debut with the team in the 2021 Italian F4 finale. He also contested the ADAC F4 finale with VAR and picked up two fifth places, then joined Pinnacle Motorsport in F4 United Arab Emirates.

“After having raced both an Italian and German F4 round, I am extremely excited to now enter a full season of F4 racing,” he said.

“Racing the Ginetta Junior, and especially joining the FEED Racing F4 Academy has really helped me to grow as a race driver. I have made so much progress and gained valuable experience, both on and off the track, not to mention the strong financial support I received from them, helping me in my move to a full season of F4 racing.

“More than ever, I feel ready to take on the next challenge and it is great to do this together with VAR and Monlau. I spent a lot of time with the crew already and we connect well, making me even more confident and eager to get started.”

VAR plans to enter six drivers in Italian F4 this year, while De Haan is its first confirmed full-season signing for its Spanish F4 entry.

David Simon, who will be team manager of the joint VAR-Monlau effort, said: “We are overly excited about the co-operation between both our race teams. By adding Robert to the driver line-up, we pull in an absolute talent who has a shot at being very successful in the championship.

“He has already achieved quite a lot for a driver his age and during recent tests, he showed that he knows exactly what he’s doing. We are absolutely thrilled to get started with the season and we aim to be competitive right from the start.”

Cram Motorsport, another Italian F4 regular that is moving into Spanish F4 for the first time, has named two drivers for its new venture. Ricardo Escotto raced in senior karting from 2018 to ’21, then joined Cram last year for tests in Italy before making his car racing debut in F4 UAE at the start of 2022. His team-mate for that series was Indian driver Anshul Gandhi, a UAE karting champion who made one Spanish F4 appearance last year, and both will now race for Cram in Spain.

In Britain’s GB4 championship, Hillspeed has retained Max Marzorati for the third round of the season after picking up podiums in the first two.