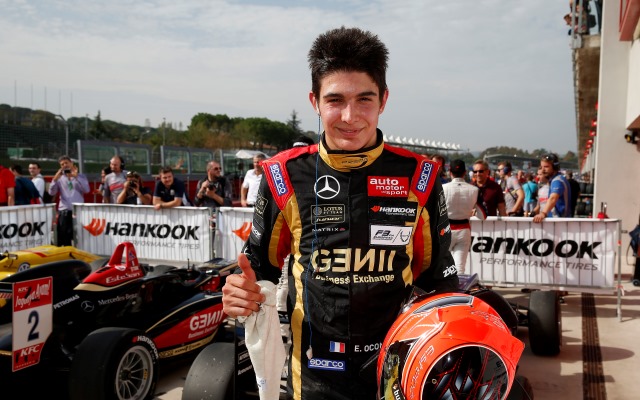 The 18-year-old will get his first taste of Formula 1 in the 2012 E20 for two days at the Ricardo Tormo circuit in Valencia on 22-23 October as a reward from the Enstone team for securing the F3 crown at Imola last weekend.

?I would like to thank Lotus F1 Team and Gravity Management for this superb opportunity,” said the Frenchman.

Lotus team boss Gerard Lopez said: ?Esteban is a tremendous talent for the future. He has shown himself to be a superb driver as part of our Lotus F1 Team Junior programme, we are proud of him and he truly deserves to be given every opportunity to take his career to the next level.

“To that end he will start testing in the Lotus F1 Team simulator at Enstone this week ahead of driving the E20 at Valencia later this month.?

Trackside Operations Director Alan Permane added: ?Part of the job of Lotus F1 Team is to consider future drivers through our Lotus F1 Team Junior programme, which has evolved from the longstanding and successful driver development programme run out of Enstone.

“Esteban has really shone this season so it will be rewarding for all to see him in our simulator and then out on track in the E20.?

Ocon is also due to test a Ferrari F1 car this year as an official prize for his F3 championship triumph.