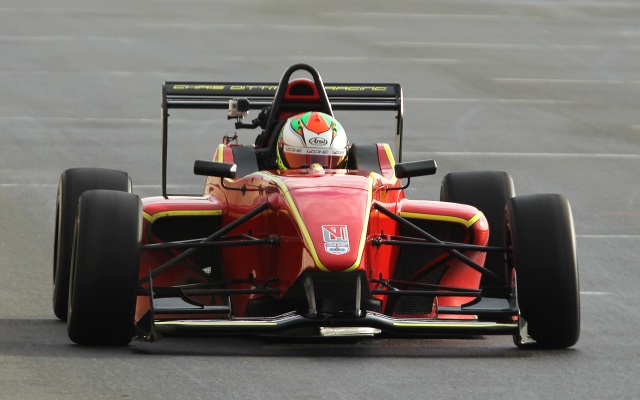 Hickin will drive for Chris Dittmann Racing alongside Tom Bale, taking over the seat previously held by Tom Jackson.

Two race victories at the final rounds at Croft and Silverstone lifted Hickin up into second place in the Formula Renault standings behind dominant champion Pietro Fittipaldi.

The 17-year-old had made his single-seater debut in the Protyre series in 2013.

“It’s a very exciting move and a great opportunity to try something new,” said Hickin.

“The championship has proven itself as a great series for young drivers and I?m looking forward to getting on track. The team have a lot of potential and hopefully I can help them to extract that. I?m sure we will work well together and I am focussed on running at the front at Snetterton.”

Dittmann said:??I?m very pleased to welcome Piers to the team. We tested him a year ago and he showed he is?a very capable driver, and he?s really demonstrated?his talent with an excellent season in Formula Renault. The car will be new to him, but we?re confident that with our help he will adapt quickly and show some strong front-running pace.?