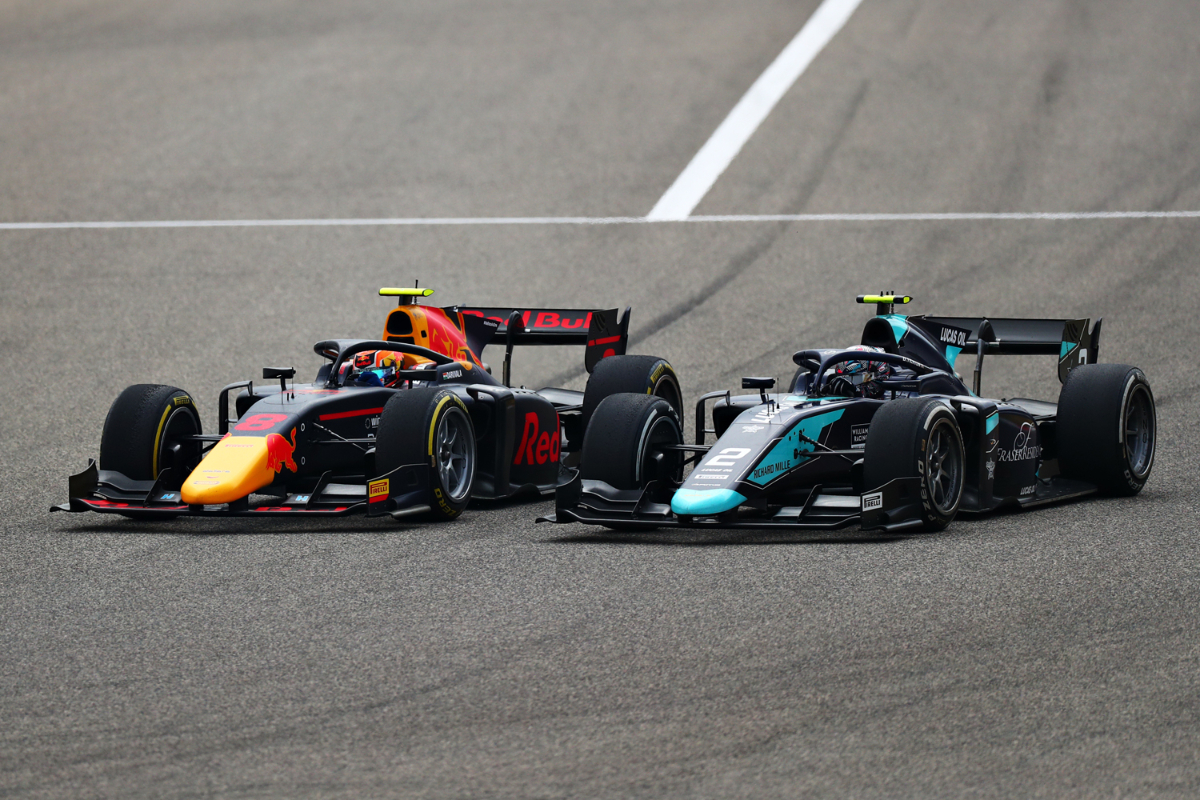 Formula 2’s leading drivers have shared their expectations of Bahrain’s little-used Outer layout, which hosts their title decider this weekend.

The 3.66-kilometre configuration of the venue that usually hosts the Bahrain Grand Prix only has 11 numbered corners, three of which are left-handers.

At the crest of Turn 4, the cars take to a set of sweeps that brings them onto the back straight and will cut potentially half a minute off laptimes compared to those set on the grand prix layout which F2 raced on last weekend.

“I think with weaving and lots of very aggressive braking, you can generate a lot of temperature that way,” DAMS’ Dan Ticktum said to Formula Scout about the loss of tyre temperature down the long straights.

“But I think the biggest thing for the Outer loop is going to be space in qualifying. I don’t know how we’re all going to find our own gap and stuff. It’s such a small lap. I think it will be really fun, personally.”

Carlin’s Jehan Daruvala also focused on the qualifying impact, saying: “I think it is going to be quite interesting. Obviously the Tarmac and stuff remains the same.

“The new bit of track is only about three corners. At the moment I guess it is quite green but that will change. I think that this track in total has six or seven proper corners, I think there are like 11 on the map but really it is not that many.

“So it’s going to be a really close qualifying and I expect you’ll have to really nail it, it will be even harder even though the track is shorter.”

Retaining the three ‘proper’ corners was praised by Charouz Racing System’s Louis Deletraz, citing drivers having a reference on how much they need to preserve their tyres at those corners.

“I think first of all the three corners that are remaining, the good thing is we only have one to learn for next week pretty much, because the rest should be flat,” Deletraz said.

“It will be a bit of a new thing for everyone to have so many laps and such a strange track – we don’t have much free practice to learn, and also I learned this weekend that you don’t need to give up in Bahrain, you can try different stuff and next weekend I am going to try again.”

Prema’s title contender Robert Shwartzman foresees lots of overtaking on the Outer layout, and compared it to an oval.

Shwartzmann added: “I think every corner apart from the corner that is missing the chicane is going to be an overtaking corner. I’m sure there are going to be a few overtakes in the race.”