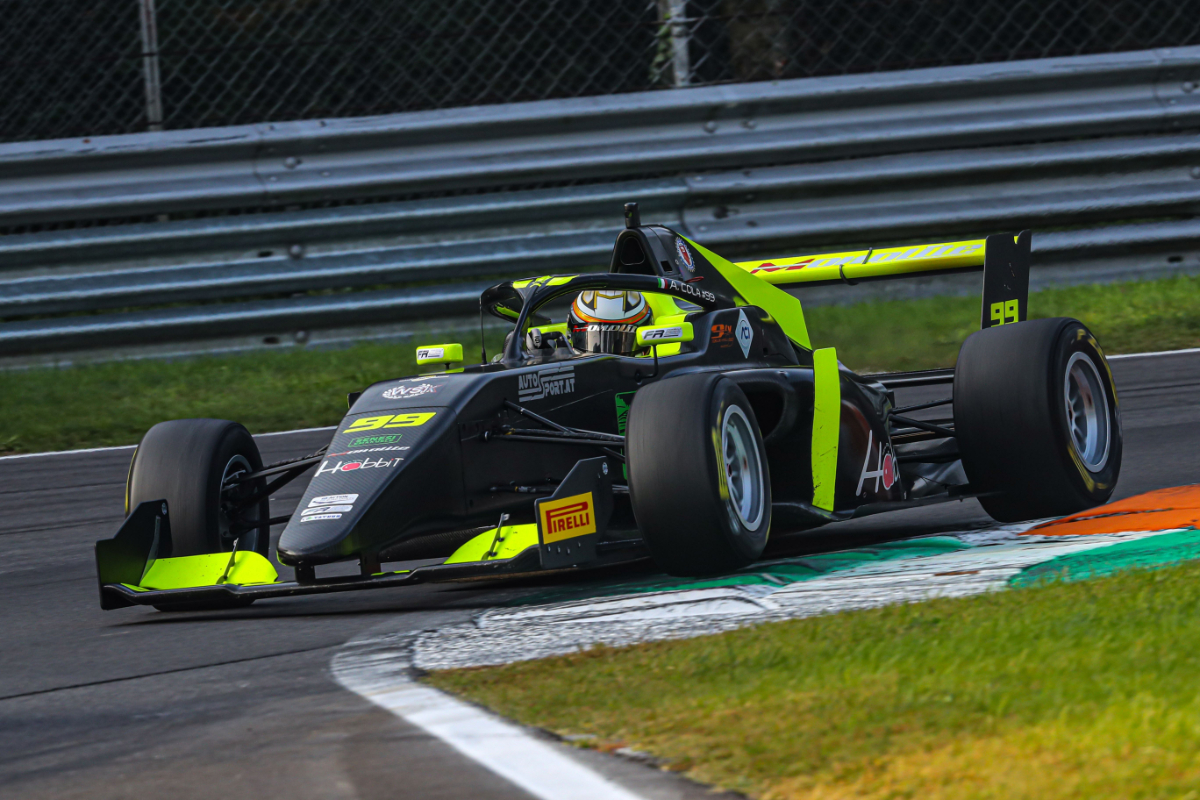 Treacherous weather hit the first four sessions that took place on Wednesday, and Monolite Racing’s Cola was caught out in a crash in the rain. He was sent to hospital, and has been ruled out of this weekend’s season finale.

“I have a microfracture on the left hand after the crash in the test on Wednesday,” Cola told Formula Scout.

The conditions had improved by Friday, although laptimes were still down on what was expected, and Van Amersfoort Racing’s Dennis Hauger edged Petecof’s Prema team-mate and main title rival Arthur Leclerc to top spot in the early morning session.

Warmer and drier conditions led to laptime improvements of over two seconds when the cars returned to track at midday, with Petecof outpacing Hauger by 0.231s to go into tomorrow’s qualifying sessions as the fastest driver.

Cola’s absence meant there was only 11 cars on track, with a 1.417s spread of pace across the field.