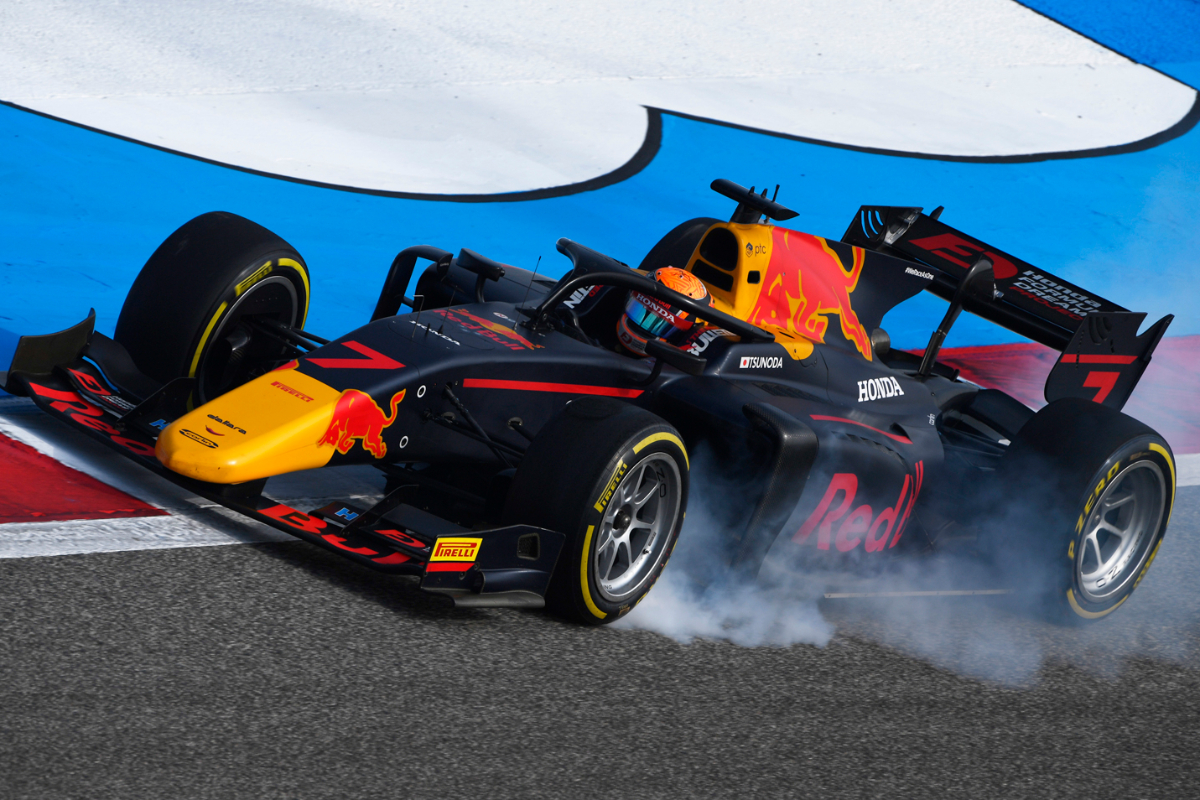 Title outsider Tsunoda’s fastest lap, a 1m03.267s, came in the early stages of the 45-minute session when the hard compound Pirelli tyres were at their freshest around the short 3.066-kilometre circuit.

After that, few drivers managed to improve significantly if at all. With so few corners, the field was compressed to just over a second and struggled to find space in the twisty middle sector.

Tsunoda needs a perfect weekend to be champion, with he and Prema’s Robert Shwartzman requiring pole position later on Friday to remain in title contention.

Free practice was brought to a premature end as HWA Racelab’s Artem Markelov suffered a spectacular engine expiration on the pit straight. The Russian ended up 20th on the timesheet.

Daruvala carried his strong form over from pre-season testing and last weekend’s event on Bahrain’s Grand Prix layout to get within 0.228s of his team-mate at the front.

The two drivers most likely to take the title – Prema’s Mick Schumacher and Virtuosi Racing’s Callum Ilott – were seventh and 18th respectively.

ART Grand Prix’s Marcus Armstrong was sixth as he headed a tight group of drivers down to 19th. Virtuosi’s Guanyu Zhou, Charouz Racing System’s Louis Deletraz and Shwartzman rounded out the top 10.

Deletraz, in what is likely his final F2 weekend, shared some wheel-to-wheel action with DAMS’ Dan Ticktum during the session. Ticktum ended up 11th.

Ralph Boschung – who steps in at Campos Racing for Jack Aitken after he was called up to replace George Russell at Williams for this weekend’s Sakhir Grand Prix – ended the session 13th fastest on his F2 return.

Drivers were struggling on the bumps on the lesser-used section of Tarmac that differentiates the Outer layout from the Grand Prix loop, with Turn 6 in particular leaving drivers with a lack of rear-end grip.