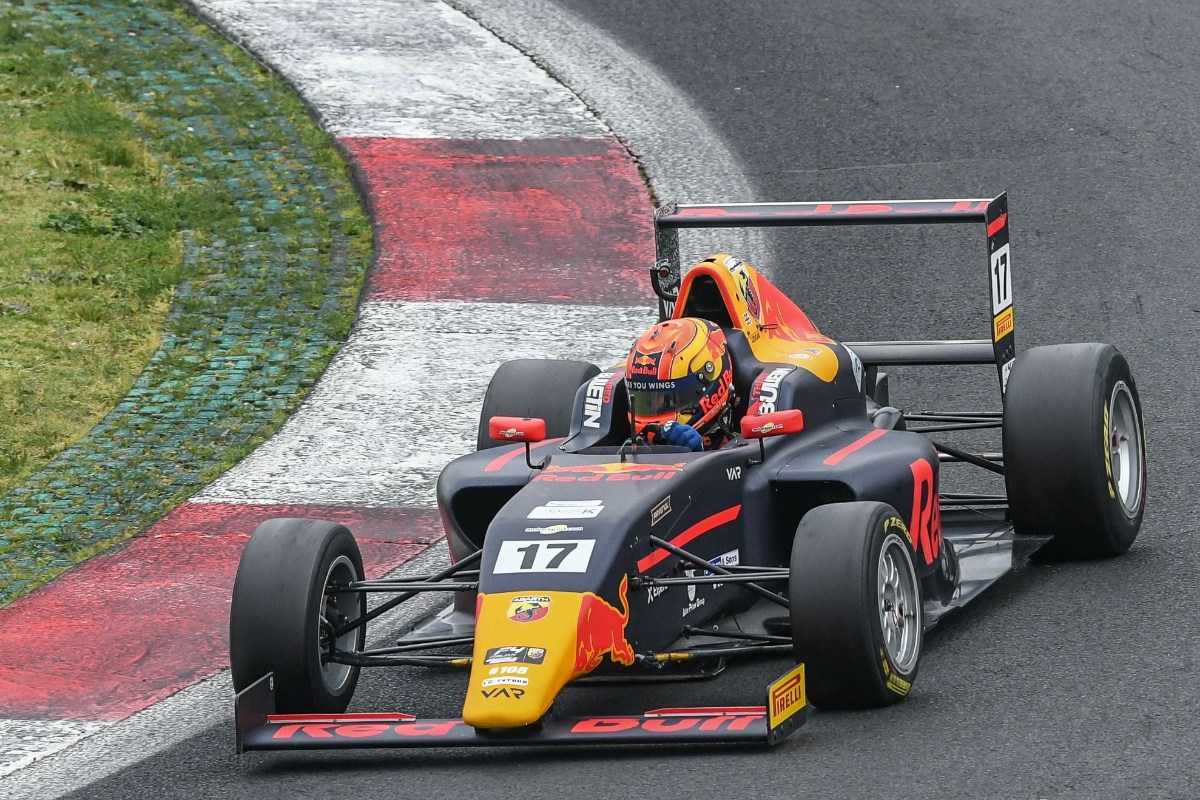 The Portuguese youngster tested with DR Formula last week at the circuit, then firmed up an entry plan for this weekend’s season finale that began with Wednesdnay’s four practice sessions.

DR had been planning to return to Italian F4 next year with a two-car programme, having competed in the series from 2016 to 2019, but has brought forward its return with first-year senior karts driver Perino. He was 33rd and last in Friday practice.

Edgar was 0.104 seconds in front in the early morning session on Friday, spending the first half of it trading first place with team-mate Francesco Pizzi and Prema’s already crowned champion Gabriele Mini.

While Mini remained his closest rival by the end, Pizzi had dropped down the order to seventh behind Joshua Duerksen (Mucke Motorsport), Jak Crawford (VAR), Dino Beganovic (Prema) and Ollie Bearman (US Racing), who had set the pace in awful conditions on Wednesday.

Edgar trimmed half a second off his benchmark in the second session of the day, with team-mate and fellow Red Bull junior Crawford getting within 0.040s to go second fastest.

US Racing’s series debutant Tim Tramnitz was third, just 0.011s slower than Crawford, with Duerksen, Mini and Bearman completing the top six. This time Pizzi, who leads the seven-way fight for the title runner-up spot, fared even worse and ended up 12th fastest.

His Cram Motorsport rival Andrea Rosso also struggled for pace, ending the day in 27th place but only 1.131s off Edgar’s best lap.