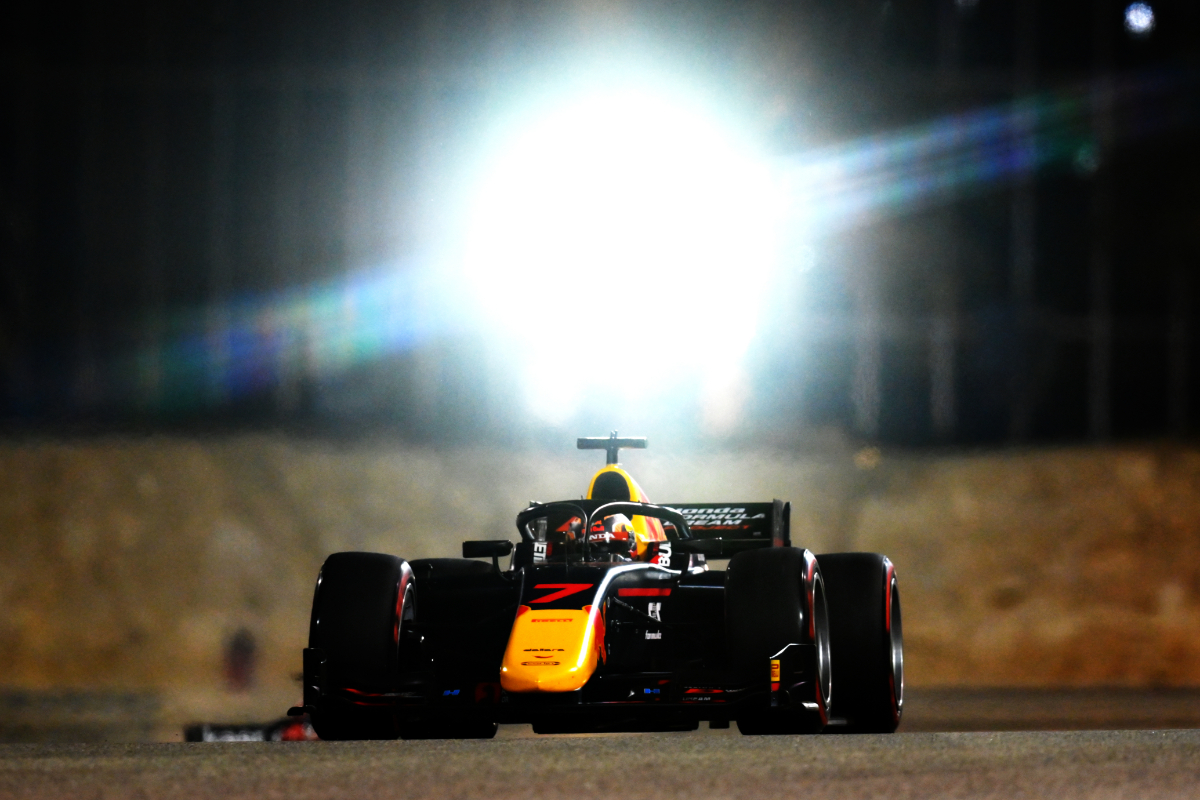 Honda protege Tsunoda needs a perfect weekend of pole, two wins and points for fastest lap in both races to even have a chance of snatching the title from Ferrari juniors Mick Schumacher and Callum Ilott.

Tsunoda, who topped a frantic practice session, was rapid throughout much of the 30-minute qualifying and put in a 1m02.676s lap in the first half to take the top spot from fellow title outsider Nikita Mazepin.

After then, traffic became a major issue and times started to drop away.

The session resumed, but only Trident’s Roy Nissany improved and pole for Tsunoda kept him in title contention and pushed out Schumacher’s Prema team-mate Robert Shwartzman.

Schumacher’s session did not go according to plan. He and Prema’s strategy to find clear air on track failed and Schumacher’s times were well down the order.

When the session resumed after the red flag, Schumacher made contact with Nissany coming into Turn 10, and Nissany mounted the rear of the rear of Schumacher’s car – bringing out a second red flag and chequered flag.

Formula 1-bound Schumacher provisionally starts only 18th but is under investigation for the Nissany collision.

Virtuosi Racing rival Ilott endured his second-worst qualifying of the season – ending up in ninth place.

Jehan Daruvala was third fastest behind Mazepin, while Prema’s tactics worked better for Shwartzman as he qualified fourth.

HWA was another team to try alternative tactics and it worked out for Markelov. He and team-mate Theo Pourchaire ran in the gap while others pitted for fresh tyres and were able to make the most of the clean track.

They did, however, find extensive traffic when the remaining 20 cars returned to the circuit.