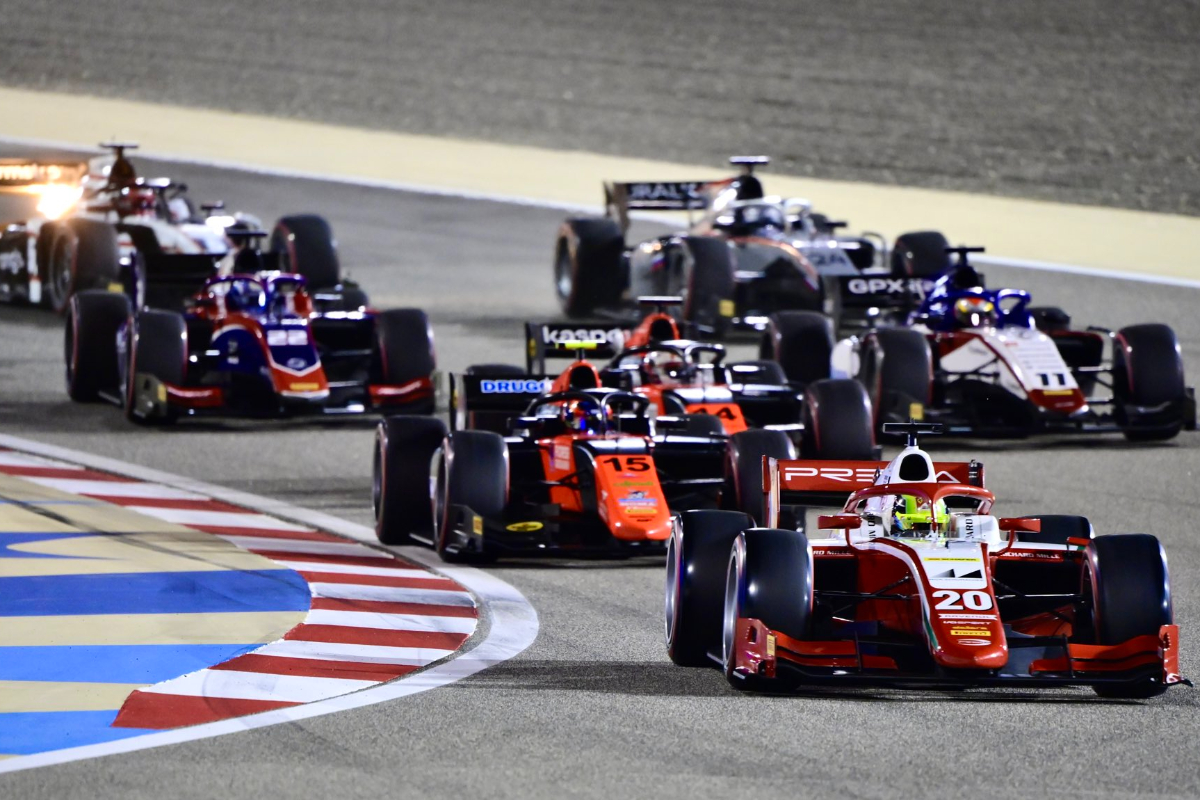 Frontrunning Formula 2 drivers expressed surprise at the bumpiness of Bahrain’s little-used Outer loop, most notably at the fast Turn 6, after qualifying on Friday.

The alternative configuration of the FIA Grade 1 circuit is sometimes used for lower-level motorsport, but F2 will be the first major category to race on it when Saturday’s feature race gets underway.

Onboards shots showed drivers struggling with snaps of oversteer around the Turn 6 sweep due to a loss of mechanical grip over the bumps, before the tricky left-right chicane that leads onto where the stretch that leads onto the usual back straight.

There were no major incidents at the corner in free practice or qualifying, but several drivers expressed their feelings about the turn in the post-qualifying press conference.

“We all walked the track before the weekend, but it caught me by surprise, I think it caught everyone by surprise when we went out there,” said Carlin’s Jehan Daruvala, who starts third. “It was very bumpy.”

“It did remind me of karting days when you kind of hustle the car through corners and get through it. It’s not [much of] a problem, it’s more difficult than normal, but I guess that makes it even more interesting.”

Hitech GP’s Nikita Mazepin qualified second and agreed with Daruvala on how it reminded him of karting.

“It’s obviously a different challenge, but I think the drivers know that they’re, in a positive way, a bit spoiled with very professional and very expensive tracks,” added Mazepin.

“And I have to admit I’m a big fan of driving on smooth Tarmac. However, it’s a new challenge and it’s definitely not an easy one.

“I think it will catch out some people in regards to the race because it creates the heat in tyres and also potentially if you brake too early maybe there’s an overtake at this corner.”

Formula 1-bound Mazepin was beaten to pole by Daruvala’s team-mate Yuki Tsunoda, who described the corner as “difficult”.

“The corner is also one of the most difficult corners on this track. But like I said, sector two was really good for me in qualifying, so I had pretty good confidence for that corner as well. I’m still building up; I think I can drive more fast through there as well.”