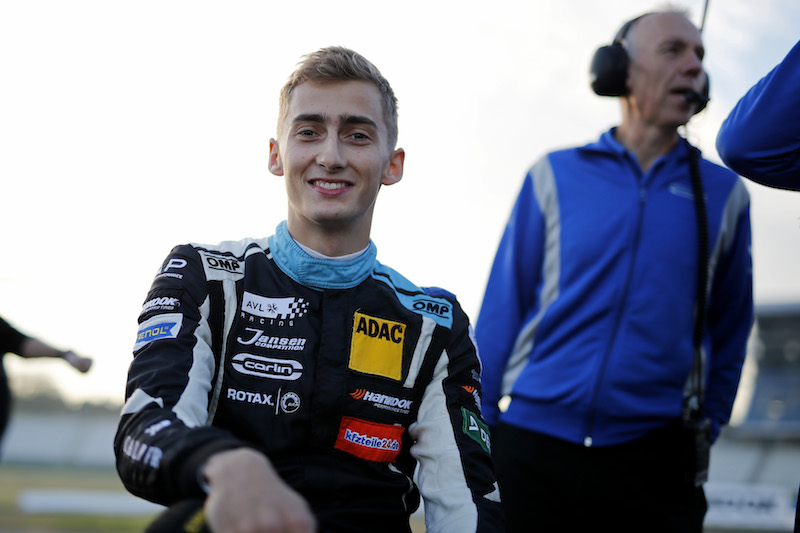 On Tuesday morning, the team announced Habsburg as well as 2012 Euro F3 champion Daniel Juncadella, who has raced for Mercedes’ now-axed DTM programme for the last five years, winning his first race in the series last year at Brands Hatch.

They will join the already-announced ex-F1 driver and fellow Mercedes refugee Paul di Resta and rookie Jake Dennis in a four-car line-up.

After finishing runner-up to Leonardo Pulcini in the 2016 Euroformula Open Championship, Habsburg made his European F3 debut in 2017 with Carlin, finishing an impressive seventh in the championship, winning at Spa and ending the year one corner away from victory at the Macau Grand Prix.

However, Habsburg had a difficult second season in Euro F3, ending the season 13th in the drivers’ championship with just one podium to his name.?Inbetween his Euro F3 campaign, he dabbled in sportscars, making his Daytona 24 hours debut last year and finishing the race fifth as well as contesting?the Estoril round of International GT Open.

The new Aston Martin DTM squad is being run by the Austrian R-Motorsport GT team in association with HWA, which managed Mercedes’ success in the series.

?Racing in the DTM was always a dream for me,? Habsburg said. ?Did I think I?d get the opportunity at 21? Probably not, but I?ve spent some time with R-Motorsport and I really believe this is an incredible team with which I can grow and learn.

Habsburg is the second driver to move to DTM directly from Euro F3 in as many years, following Joel Eriksson’s rookie year with BMW last season, which he preceded by finishing runner-up to Lando Norris in the 2017 Euro F3 campaign.

Jonathan Aberdein has been linked to making a similar move with Audi in time for the coming season.

The nine-round 2019 DTM season gets underway at Hockenheim on May 4, supported by Euro F3’s successor Formula European Masters, as well as the new W Series.