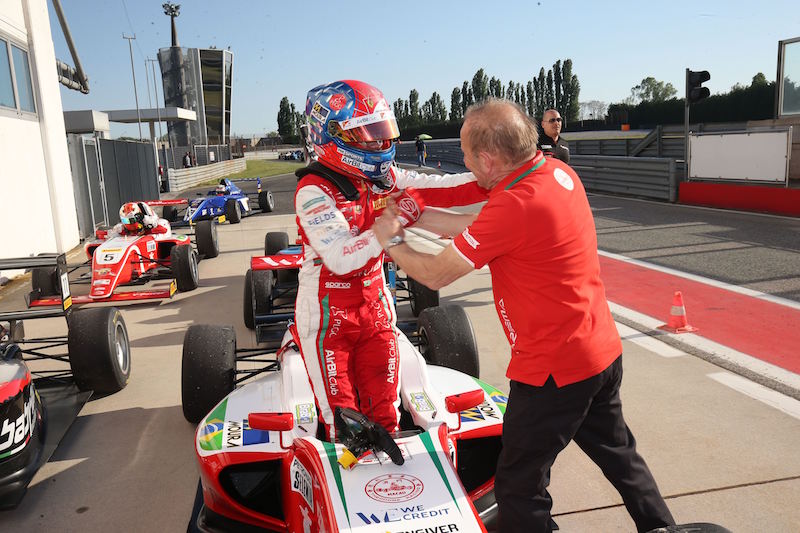 Ferrari junior Fittipaldi will join fellow Italian F4 graduate and team-mate Olli Caldwell at Prema in a three-car line-up in the new-FIA backed series which will be run by Automobile Club d’Italia (ACI), which is also responsible for Italian F4.

This will mark 17-year-old Fittipaldi’s third year as a Ferrari young driver and his third year with the Prema team.

?I am really happy to be racing with Prema Powerteam in 2019 for the third year in a row,” Fittipaldi said.

“We will line-up in the Formula Regional European Championship, a new series with a new car and obviously a new challenge for the team and drivers.

“Testing will be extremely important to learn the tyres and understand how the car works. It is an honour for me to be part of the Ferrari Driver Academy again. They give me all the support I need inside and outside the track and I?m really happy to continue with them and Prema.?

Ferrari is placing drivers with Prema in five series this year, with Mick Schumacher in Formula 2, Marcus Armstrong and Robert Shwartzmann in FIA Formula 3, Fittipaldi in FREC and Gianluca Petecof in a dual ADAC F4/Italian F4 campaign.

“He is a proven winner and a really valuable resource for all the team while preparing for a campaign in the new series.

“We are also proud of the continued support by the Ferrari Driver Academy, which rewarded our efforts and continued to trust us for the step to a new series.?

Fittipaldi is the sixth driver confirmed for the series, which gets underway at Paul Ricard on April 14.