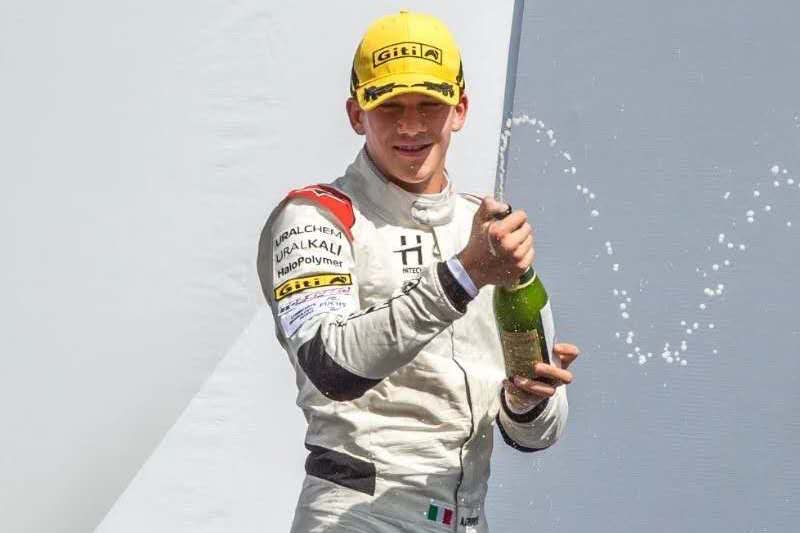 South East Asian Formula 4 champion Alessandro Ghiretti will race in the German and Italian series this year with the Sauber-backed partnership between US Racing and Charouz, joining Theo Pourchaire and Roman Stanek in the team.

Ghiretti has been racing in the Asian F3 Winter Series with Hitech – currently sitting third in the standings – and has been due to contest the main series with the team.

?It?s going to be interesting to try a new Formula 4 championship,” he said.

“The car, tyres and tracks will be completely different to what I raced in Asia. But I?m excited for the new challenge.

“My goal is to adapt quickly and make a good job as I push for wins. Having a strong association with an F1 team is a good step at this stage of my career and I?m thankful for that.?

Czech driver Stanek steps up from karting, where he last year finished seventh in the CIK-FIA European Championship in the senior OK class.

?This is an important season for me as I move up from karting, but I?m pleased I will have the professional support of both Sauber and Charouz,” he said.

“My focus is on staying calm during the season and making the best results I can. I?m very happy to join the Sauber Junior Team in F4.?

“Joining the Sauber Junior Team programme in F4 is a dream chance,” he said.

“Sauber Motorsport has helped so many young drivers in the past and I hope I can follow in their footsteps.

“I’m excited to step up and test myself at a higher level. It won’t be easy and I will be racing against some good team-mates who are fast, but my objective is to work hard and try to win the championship.”

Sauber, which is running its Formula 1 team under the Alfa Romeo name this season, has established a Junior Team programme in partnership with Charouz, covering Formula 2, Formula 3 and F4.

Charouz last year tied up with front-running ADAC F4 squad US Racing – run by Ralf Schumacher and Gerhard Ungar – and took the title with Lirim Zendeli, who has now stepped up to FIA F3 with the team.

A fourth driver will be announced for the F4 project shortly.