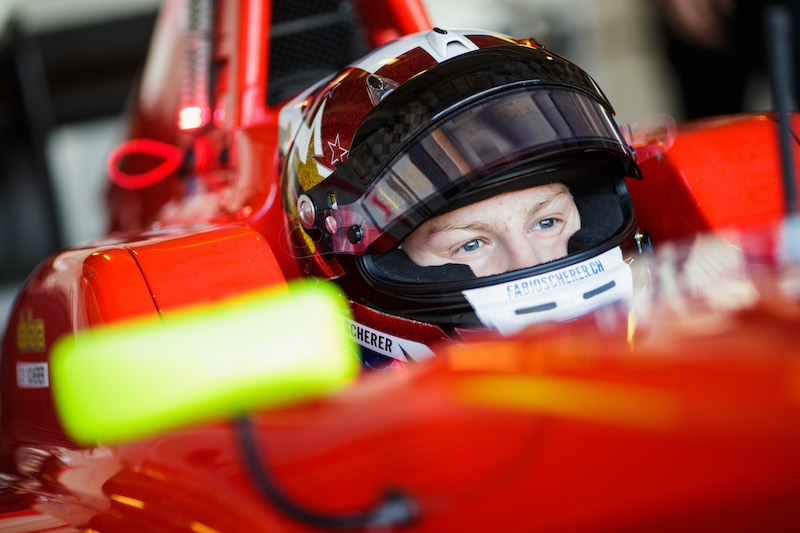 Sauber has announced that Fabio Scherer, Raoul Hyman and Lirim Zendeli will race for its new Junior Team operation with Charouz in FIA Formula 3 this year.

The news comes as Sauber Motorsport AG ? the holding company behind the newly rebranded Alfa Romeo Racing F1 Team ? has embarked on a junior programme tie-up with Charouz.

As reported by Formula Scout in February last year, Sauber?s ambition to create a Red Bull/Ferrari-style junior programme will see it field drivers in F2, F3 and F4.

In partnership with Sauber, Antonin Charouz?s squad will expand into F3 in 2019 having fielded a Ferrari-linked F2 team last year and having taken Zendeli to the ADAC Formula 4 title in dominant fashion in partnership with US Racing.

The 19-year-old German won ten of the 21 races, took seven pole positions and scored thirteen podiums en-route to the title ? his third attempt at the crown having graduated from karts in 2016.

?Joining the Sauber Junior Team programme is a big honour,” said Zendeli. “There are so many junior drivers in motorsport but many of them don?t get the chance to progress to the next level ? like F3 ? for many reasons.

“To have the chance to race at the top level of F3 in 2019, and to be affiliated to an F1 team at the same moment, is incredible. I?m thankful to everyone that has helped to bring this opportunity together.?

Swiss driver Scherer finished 14th in the standings in FIA Formula 3 European Championship last year with Motopark. However the often pacey 19-year-old scored an impressive pole position at Silverstone and took a combative podium at Spa.

?Joining the Sauber Junior Team is a big moment in my career and I?m determined to take my chance,” he said.

“I had a solid rookie season in F3 last year and I feel ready for this opportunity.

“I?m hugely proud to be Swiss and it?s an honour to represent Sauber in 2019. My target is to be the first driver from Switzerland to run in F1 with a team that is based in my homeland. I will give everything I can to try and achieve this dream.?

A former rival of Williams Formula 1 driver George Russell in BRDC F4, Hyman raced in European F3 in 2015 and GP3 in 2017, taking a win in the second Red Bull Ring race with the Campos team.

“I’m excited to join the Sauber Junior Team in the new FIA F3 Championship and build on my title-winning success in the FIA F3 Asia series last year,” said Hyman.

“With their technical and engineering skill, I am confident the team will be strong in FIA F3. I can’t wait to start testing and prepare for what promises to be an exciting season.”