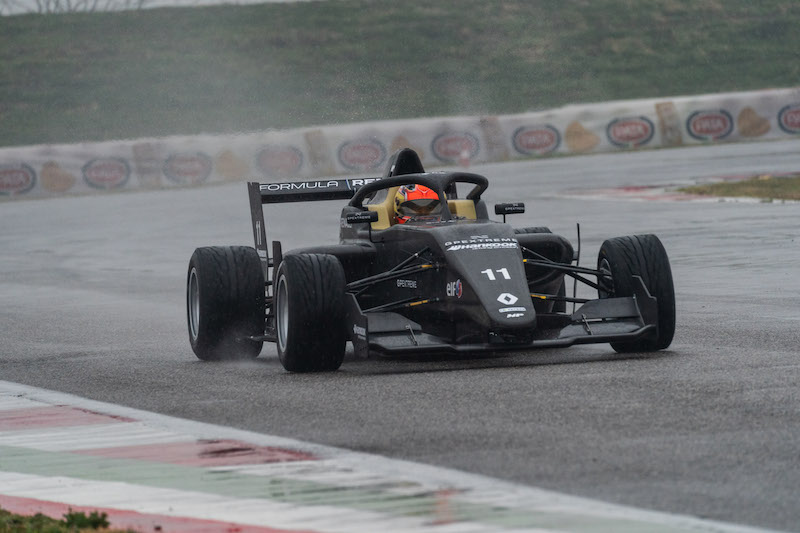 Formula Renault Eurocup teams conducted their maiden running with the championship’s new Regional Formula 3-based car at a collective shakedown in Italy on Friday.

Teams each collected their first car from constructor Tatuus at its facility near Monza earlier this week and then headed to the Cremona circuit for the shakedown, held in wet and cold conditions.

Arden fielded its British Formula 4 graduate Patrik Pasma, Global Racing Service had Xavier Lloveras on driving duties after he gave the team its debut in F4, while M2 Competition entrusted its shakedown to Ricky Collard, the 2016 BRDC British F3 runner-up.

Fernando Alonso’s FA Racing by Drivex entry was driven by Javier Gonzalez, a winner in Spanish F4 with the latter team.

Alonso later tweeted to say he witnessed “a historic moment” with the firing up of the car.

Today I have witnessed a very special moment, firing up for the first time the FA Racing Formula Renault 2019. With this car we reinforce the commitment for younger generations from the FA kart (3 times karting world champions) to the single seaters. Let's go! #FAracing @drivex_ pic.twitter.com/6kw4mMvEAB

AVF and JD Motorsport were absent from the shakedown, although the latter already has a driver signed in Ugo de Wilde.

Renault Sport said teams will receive their second and third cars (with a three-car-per-team limit reinstated for this year) by the end of February, before collective testing starts at Magny-Cours in early March.

No times were released from the shakedown.