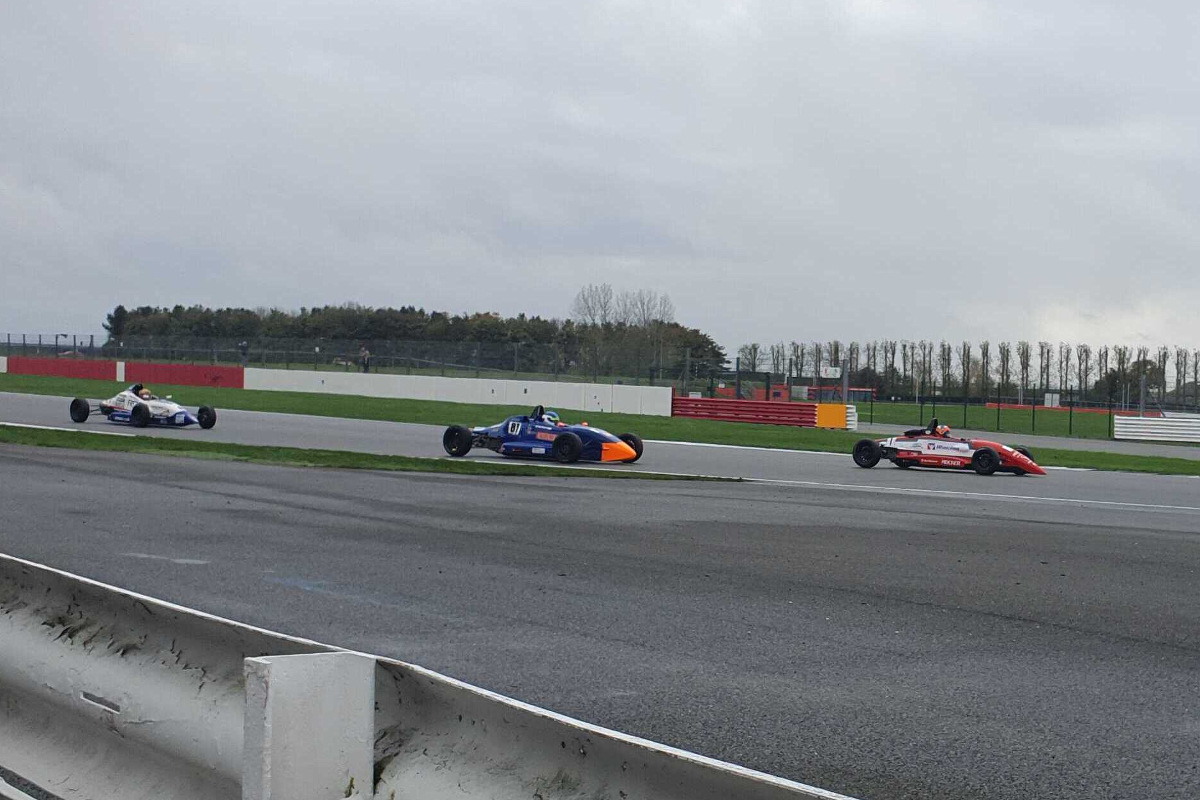 Ammonite Motorsport driver Esterson started from pole, on the outside line, but as in previous races during the day it proved less grippy than the inside where Wayne Poole Racing’s Fisher started from.

He took the lead before Copse corner, with Michael Moyers and Luke Cooper following in behind the top two before red flags were waved due to a multi-car crash on the pit straight that eliminated Robert Wainwright, Ivor McCullough and Gaius Ghinn, whose car also left oil on the pit straight.

The restart used the original grid order, putting Esterson back on pole, and once again he was passed by Fisher before Copse. There was drama further behind as Rory Smith and Michael Eastwell had contact exiting Brooklands, while Eastwell’s Kevin Mills Racing team-mate Robert Wolk went wide and lost places.

A spinner further back in the order meant there were yellow flags waved once the lead group returned to the corner on the next lap, and then another incident elsewhere meant the safety car was called out.

Racing resumed on lap five of 10, and Esterson passed Fisher while Andrew Rackstraw got by Moyers for third at Brooklands. But Fisher then took the inside line at Luffield and had just enough momentum to end the lap 0.078 seconds ahead.

Esterson got back past on lap six, and at Brooklands on lap seven there was more drama for Smith as he went to pass Rackstraw on the inside. He got alongside, then Rackstraw rode over Smith’s rear-right wheel and it sent him spinning backwards into the gravel.

A lengthy recovery meant yellow flags were back out at the corner, and meant Smith could not attack Fisher for second place while Esterson pulled away in the closing laps.

Michael Eastwell ended up being the top KMR driver in fourth after passing Moyers and Wolk, while David McCullough, Thomas Schrage, Jake Cowden and Brandon McCaughan all guaranteed a spot in the final by finishing in the top 10. Tim Blanchard finished 11th after he was penalised five seconds for track limits abuse.