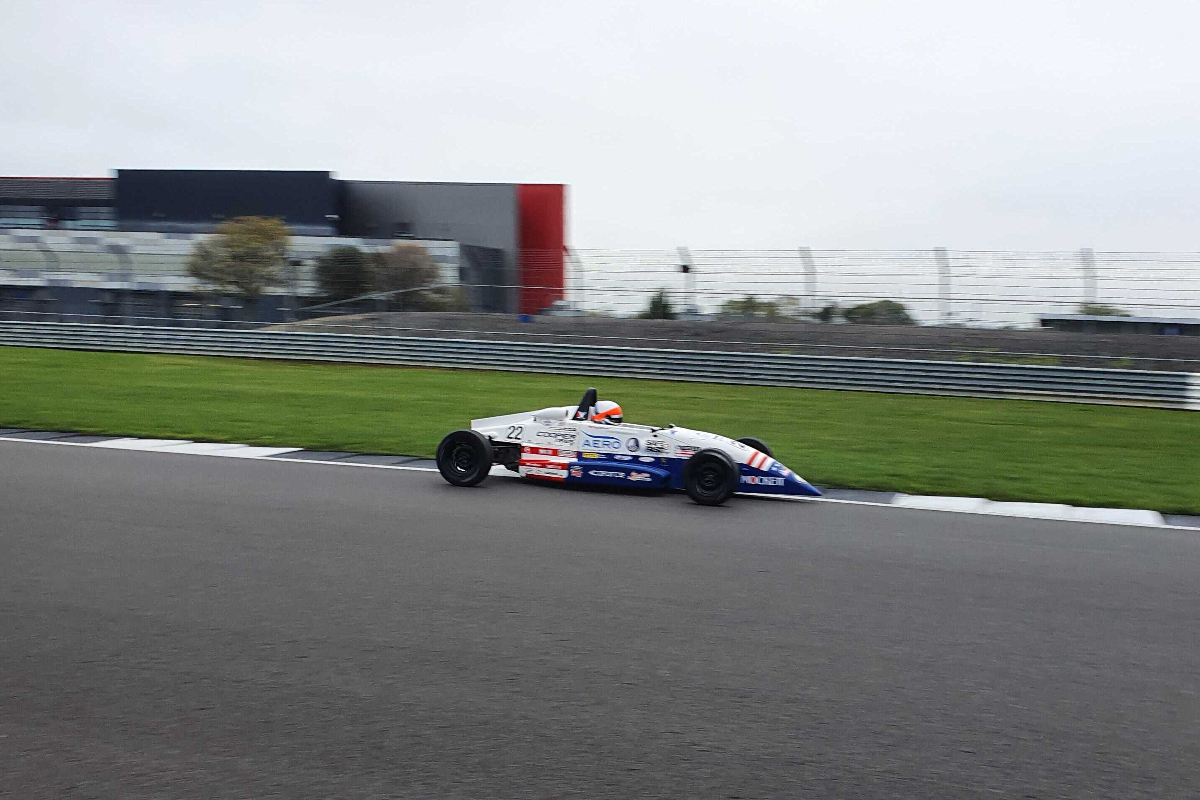 The Team USA scholar continued his close battle with Team Dolan’s Cowley from qualifying, with Luke Cooper following in the pair’s slipstream throughout the eight-lap encounter.

Esterson led from pole, before Cowley moved by into Becketts on the second lap. The pair exchanged positions several more times, but it was the American who prevailed in a close finish. Cowley said he could have been more aggressive in his battle.

Cooper was half a second behind in third for Swift Cooper, and was seven seconds clear of Team DDR’s Ivor McCullough, who climbed 10 places from 14th on the grid in a Van Diemen RF00 after using a wet set-up in qualifying.

Privateer Darwin Smith was fifth, having lost out to McCullough in the closing stages, while David McArthur was seventh for B-M Racing.

Just behind was rookie Brandon McCaughan in a Mondiale M89S, with Tom Hawkins just 0.2s adrift in eighth for Springbridge Motorsport.

Nick Gilkes was 12th for Kevin Mills Racing, while Callum Grant finished 16th, having started inside the top 10.

Kelvin Burt did not start the race on his FF1600 return for Snetterton Speed Shop.