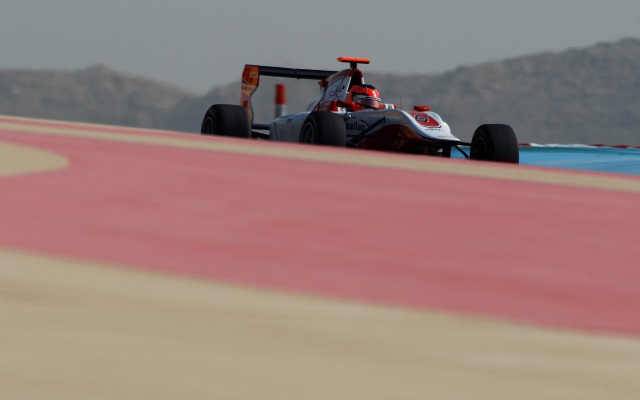 Esteban Ocon led the way as GP3 cars lapped the Bahrain circuit for the first time in free practice ahead of the penultimate round of the season.

The Frenchman, who is just two points behind championship leader Luca Ghiotto, went to the top of the times with a couple of minutes left on the clock.

He displaced his ART team-mate Marvin Kirchhofer, who was pushed back to fourth before the end by Matt Parry and Antonio Fuoco.

Matevos Isaakyan, driving a GP3 car for the first time after being drafted in at Koiranen, had gone quickest with five minutes remaining and was still a creditable sixth at the flag behind Mitch Gilbert.

In his second GP3 appearance with Campos, Konstantin Tereshchenko was seventh ahead of Artur Janosz, the leader for much of the session.

Matheo Tuscher, on double duty this weekend in both GP3 and the World Endurance Championship, was ninth with Ghiotto 10th.