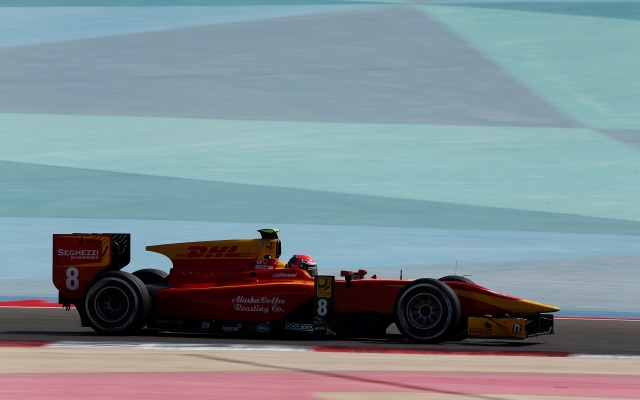 Alexander Rossi set the quickest time in a close practice session for GP2’s second visit to Bahrain this year, with the top four drivers covered by less than a tenth of a second.

Rossi, returning to his Racing Engineering GP2 car after completing his five-race Formula 1 deal with Manor, claimed top spot inside the first 15 minutes. The American has won the last two GP2 feature races at Monza and Sochi.

Most drivers set their best times early on, with champion Stoffel Vandoorne taking second place, 0.033 seconds slower. The Belgian is unbeaten in his two previous feature races in Bahrain.

Red Bull Junior Pierre Gasly was five hundredths off the pace in third and Vandoorne’s ART team-mate Nobuharu Matsushita within 0.073s of Rossi in fourth.

Sergey Sirotkin was fifth ahead of Raffaele Marciello, Alex Lynn and Jordan King, while the Campos duo of Rio Haryanto and Arthur Pic rounded out the top 10.