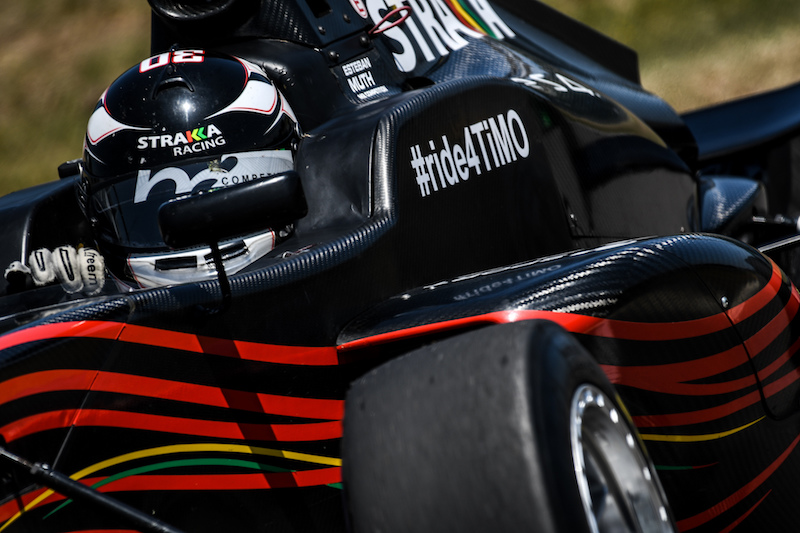 Esteban Muth will follow up his impressive Toyota Racing Series campaign with M2 Competition by moving into the Formula Renault Eurocup with the team.

Muth finished fifth in his rookie TRS campaign, winning a race and remaining in title contention until the final round.

He came seventh in his maiden single-seater season in French Formula 4 last year, having previously been a frontrunner in international karting.

A protege of Andre Lotterer and supported by Strakka Racing head Nick Leventis, Muth hails from the same Brussels district of Uccle where M2 Competition has established its Eurocup base under the leadership of its Belgian co-founder Jonathan Moury.

?I?m very happy to move into the Formula Renault Eurocup with M2 Competition,” said the 17-year-old.

“They?re based where I was born, in Uccle, so in spirit, they?re my local team.

“It was great to have the experience of racing with them in the Toyota Racing Series in New Zealand, which allowed me to learn the team and develop as a driver in a car that has a similar level of performance to a Formula Renault.

“The level of the engineers and mechanics is very high and that?s helped me to quickly get used to a much faster car than the F4 I raced last year.

“I won a race and had three podiums in TRS against a really strong group of drivers, and that?s very good preparation for this series, which has produced world champions in the past and is definitely one I?m aiming to perform well in.?

“Esteban came to us for the Toyota Racing Series in New Zealand with just one season of single-seater racing behind him, and he hugely impressed us with his pace and racecraft,” said Moury.

“He won a race and went to the final round in title contention, which shows the rate of his development, despite a hugely-competitive field of drivers. Plus it?s nice to have a Belgian driver in our Belgian team.

“Esteban, Kush, and our final driver will make an extremely strong line-up.”