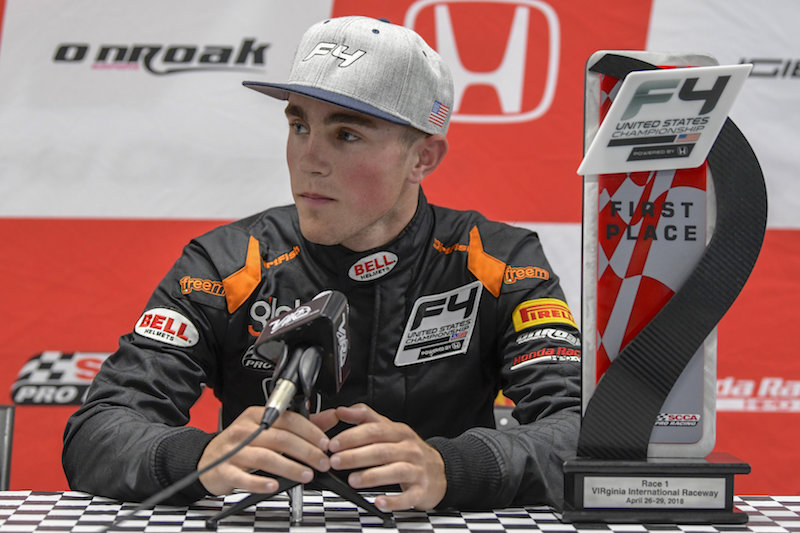 Benjamin Pedersen will make the move from the United States to compete in the 2019 BRDC British Formula 3 Championship with Douglas Motorsport.

The move comes after his third season in the Formula 4 United States Championship in which he achieved two race victories as well as two further podium finishes.

Last season, the 19-year-old also competed in the F3 Americas Championship alongside his F4 commitments and went on to achieve?a podium finish in all but one of his appearances in the all-new series.

Pedersen’s most impressive weekend of the year came during the United States Grand Prix weekend in which he would fight for race victory in the F4 series as well as score two second-place podium finishes in F3.

Ahead of his debut with Douglas Motorsport – where he will be team-mate to British F4 champion Kiern Jewiss – Pedersen said he was eager to compete against what he viewed as stronger competition.

?I can?t wait to make my race debut in the United Kingdom,” he said.

“I?ve secured good results in my open-wheel career so far, but Europe was always going to be the next step and Britain has always had the strongest competition, so I?m looking forward to getting out there competing for the championship.?

Douglas Motorsport team principal Wayne Douglas added that he was happy to have a driver with Pedersen’s experience at the team.

“He?s got plenty of experience already in single-seaters and showed last year that he can adapt quickly to F3 machinery,” said Douglas.

“We?re really looking forward to working with him and are very confident that he will deliver some great results this year.?

The move comes as part of a new partnership between Douglas and American team Global Racing Group – headed by father Christian Pedersen -?that aims to help develop young drivers in the US progress their single-seater careers.