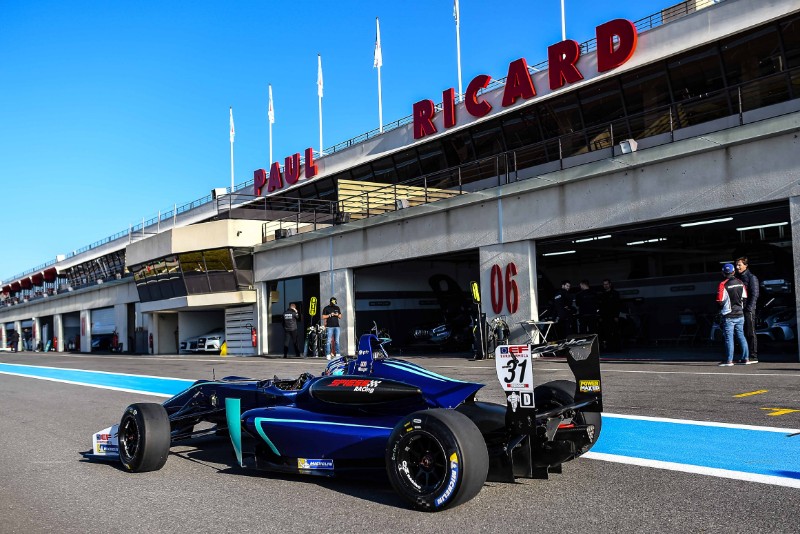 Billy Monger clocked up his first miles behind the wheel of a Dallara F312 chassis in testing for the Euroformula Open Winter Series at Paul Ricard today.

The double-amputee racer drove for Carlin, the team he rejoined racing with last year in BRDC British Formula 3, and was sixth fastest across the four test sessions.

?Everything went well this morning. [It was the] first time in the car for me,? Monger said.

?The car felt good, it?s obviously a step up from British F3 to Euroformula Open in terms of the downforce and the grip from the Michelin tyres.?Still?a lot to learn and a lot of improvements to make but getting there slowly and surely.?

?Got some good running on the circuit; I?d never been to Paul Ricard before. I love the circuit, it?s really cool; fast and flowing. As a driver that?s mostly only done British circuits, it?s good to experience, coming in and doing all of these great tracks.?

?I?m still trying to understand the tyre. Obviously, it?s different?to?the compounds I?ve used before, and hopefully I can get the hang of the Michelin tyre and do a good job,? he concluded.

In addition to Monger’s debut, it was also the first time EF Open’s new Balance of Performance engine equalisation regulations had been put into practice. Although the strong calibre of its driver line-up probably made the difference, it was the Volkswagen-powered Carlin team that looked strongest.